Boycott Petron to save this country 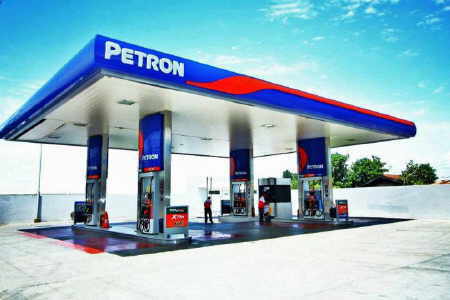 A PKR leader has suggested that a boycott of companies owned by BN cronies would be a more effective method of fighting corruption in Malaysia than depending on action by the police or MACC.
Malacca PKR vice chairman G Rajendran said he would start the ball rolling by launching a “Say No to Petron” campaign against the new petrol and gas company, which is said to be owned by Mirzan Mahathir, one of former prime minister Dr Mahathir Mohamad’s sons.
He told FMT the campaign would be initially carried out through Facebook and other social networking sites, but did not say when he would launch it.
“I’ll request Malaysians to boycott all Petron petrol stations to show our dismay over cronyism in Malaysia,” he said.
“Petron Malaysia Sdn Bhd, which has links with Mahathir’s son Mirzan, has taken over Esso Malaysia Bhd and all Esso stations are being rebranded to Petron.
“This is ridiculous. While the people are struggling, a few are enjoying a lavish life because of cronyism. Those who are related to powerful leaders are getting favours without any problems.
“I am really saddened by our system.”

Rajendran said cronyism, in his book, is just another name for corruption.
“There are thousands and thousands of complaints lodged with the Malaysian Anti-Corruption Commission (MACC) and the police, but nothing is done about them.
“So, the time has come to use a new method to fight cronyism.”
Petron acquired the oil refiner Exxon Mobil Malaysia Bhd in April, when it bought 65% of the firm, and now has full ownership of the subsidiaries Exxon Mobil Malaysia Sdn Bhd and Exxon Mobil Borneo Sdn Bhd.
It has since rebranded 580 former Exxon Mobil fuel stations nationwide and, it is learnt, will do so with 120 more stations by the end of the year.
PKR de facto chief Anwar Ibrahim recently alleged that Petron paid for the acquisition with money gained from the sale of shares in the San Miguel beer company.
Anwar has also raised concern over a deal between Petron and Malaysia Airlines System (MAS).
Petron has signed an agreement with MAS for the supply of fuel for the national carrier’s entire Airbus A380 fleet for six months.
*******************************************************************************
Mahathir Kutty has been sucking this country dry for 28 years.  Since Kutty cannot have Petronas all to himself without going through Parliament, he has now embark on sucking it dry from the side.  Let us stop Kutty and family from their greed by doing the right thing.  BOYCOTT ANYTHING TO DO WITH KUTTY AND UMNO.
Posted by Dian at 2:52
P
Posted by STEADYAKU47 at Saturday, July 14, 2012