WHAT NAJIB DID NOT DO!

I posted this over a year ago...still relevant, still need to be read again to remind us who our Prime Minister really is!

I have taken time off my blog since the end of January – two months ago. During this period I have made it my business to distance myself from all things Malaysian especially politics, except for what I read in the media here.

A few days back I got back on line and to my regret it seems that the sleaze of Malaysian politics is alive and well! Nothing has change except for the ingenuity and utter contemptuous manner by which these UMNO politicians still go about their daily business of digging themselves deeper and deeper into the filth of shit that they are already in and desperately hoping that as they are sinking themselves into this abyss, they will take Anwar Ibrahim with them!

These UMNO Politicians are all Muslims. You have to be a Muslim to be an UMNO member so there is no room for argument here! And more shameful to me, there are all Malays! These Malays who are Muslims who are UMNO politicians are led by Najib Tun Razak, a Muslim leader! A Muslim leader who allows sleaze and sexual innuendos to be used by UMNO party members to bring down another Muslim.  So what kind of leader will do this? 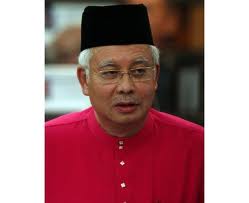 The kind of Muslim leader that has never indulged in any extra marital affairs or sex outside marriage? No not Najib!

The kind of Muslim leader that is not corrupt and takes nothing that does not belong to him?
No, not Najib!

Or maybe he is that kind of Muslim leader whose wife understand and respect her obligations as a wife? No, not Najib!

Is this a Muslim leader who does not generate mutual hate amongst other Muslims holding fast to the truth at all time? No, not Najib!

NO! This Muslim leader of UMNO allows sleaze and the use of ANY MEANS to be used against another Muslim when that Muslim becomes a threat to the political survival of UMNO! 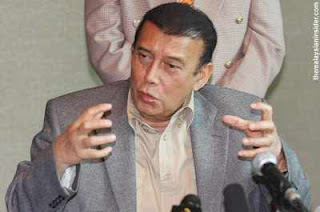 And you have this Rahim Thamby Chik guy (who still have his Tan Sri title after raping an underage Malay school girl!) as one of those idiots involved in this Carcosa Sex tape conspiracy! This Rahim Thamby Chik guy should have long ago been neuter and declared a persona non grata in UMNO and within the Malay race! And even if he has been circumcised – circumcised him again! He brings shame to the Malay race….no let me get that right…he brings shame to the human race! And to think that he is able to be Chairman of any Government Agency is simply a gross misuse of political executive power by Najib!

And while we are at it…what does it take for a Tan Sri or a TUN to have his title taken back? Rape of an underage Malay schoolgirl? Not bloody likely! Conviction for corruption? Not bloody likely! Theft of billions from the national coffers? Certainly not bloody likely! At least that Sultan of Johor did take back a Datukship from one of his subjects for reasons best known to him…but who cares that he does so? Not me! Not Chuah Jui Ming!

So what now? Are the Rakyats again to be treated as fools? Just as Rosmah tried to pass herself off as a sweet young teen when she is already pass half a century old? We all know what Najib has done while he was in Mindef! Billions of OUR money wasted on defence expenditure that benefited not the Nation but himself and his cronies. The results of these will be measured not by our inability to withstand attacks from external threats but in the death of our defense personals due to the purchase of unsuitable equipments and the lack of proper maintenance of our defence equipments….and the final chapter of this horror is still to be written…and will continue to be written long after he is no longer Prime Minister.

We have eyes, we can see. We can think! We have memories and we will not forget! We will not forget what Najib did not do when he was our Prime Minister. Come the 13thGeneral Election we know what we must do!
Posted by STEADYAKU47 at Tuesday, July 17, 2012