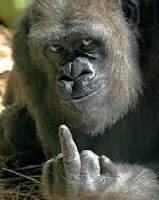 It is now past 12.50 a.m. Early this morning I came across what Najib said recently and wanted to write my thoughts on this blatant lie. A lie that is told so often that he thinks if he tells it often enough Malaysian will somehow start to believe him!


I started writing early afternoon but found it hard going. Just past midnight I started surfing the net to get some 'ilham' to enable me to write from my heart rather than to write because I wanted to hantam Najib for his blatant lies .......and this is what google found for me in  BORNEO HERALD - something I wrote early this year before the election. I could do any better in trying to tell Najib what I think of his words than to print this again to share with you all.

This is of interest to those watching the development of Malaysia and Singapore  I am currently reading two books in parallel:

1]  The March to Putrajaya  This is about the recent and current happenings in Malaysia.  It is the first book I am reading as an e-book

2]  Men in White.  This is the history of Singapore for the last 50 years

The contrast is most enlightening; not that one has to read the books to know. The books spells out the minutiae that is not intended for the public eyes. Needless to say the former is banned in Malaysia.

UMNO and Population Engineering by Hussein Abd Hamid   Since 1957 UMNO has effectively carried out the population engineering of our country to ensure its long-term survival by creating the myth of a two pronged “Ketuanan Melayu”. “Ketuanan Melayu” for the Malay masses who are lull into a feeling of being superior over the non-Malays because of their numbers and “Ketuanan Melayu” for the UMNO Malay political elites through the accumulation of massive material wealth for themselves and their cronies. And while UMNO has failed by almost any measure you chose to gauge them – good governance or morality – without question they have succeeded too well in the engineering of the population of this country of ours.

The duplicity of UMNO in proclaiming Satu Bangsa, Satu Negara while all the while undertaking a relentless program to whittle down the numbers of the non-Malays through very precise and focused initiatives is breathtaking in its  effectiveness!

Now the non-Malays are well aware of this tinkering and engineering of our population and it would do us Malays no good to say that it was UMNO doing and that we had no hand in what happened. As a Malay I was then comfortable that UMNO was the dominant partner in the Barisan Nasional. It was comforting to know that Malays controlled four of the five major banks.

Petronas Petrol Stations? Of the 2000 stations the Malays owned 99%.

Yes we Malays were indeed in control. In control of what?

We were in control of the all the business licenses and permits for Taxis and Approved Permits.

We were in control of Government contracts of which 95% were given to Malays.

We were in control of the Rice Trade through Bernas that bought over 80% of Chinese Rice Millers in Kedah.

Non-Malays were simply displaced by having their application for bus routes and for new buses rejected.

Every new housing estate built had a mosque or a surau. None, I repeat “no” temples or churches were built for any housing estate!

So why with control over all these highly visible entities and business opportunities are the Malays still unable to stand tall and with pride over and above the non-Malays?

We are unable to so do because it was not the Malays that benefited from these opportunities - UMNO did.

Why must UMNO constantly harp about the need to spoon feed the Malays – about ketuanan Melayu when it is already in place and about Bumiputra status and all the privileges and rights that goes with that status?

And as a Malay I want to ask the non-Malays why do you still choose to live in a country whose government has by its actions and deeds done whatever it could to make you not feel welcome?

The non-Malays I know have all told me the same thing – Malaysia is their country – they know of no other country they can call their own. And so they stay and put up with the abuses.

We understand your frustrations and despair at not being treated as equals in a country you call your own. And enough non-Malays have migrated abroad to cause our country to understand that their loss is another country's gain. A loss, which our country can ill afford to sustain.

And more importantly all this ground swell of disgust and contempt at UMNO has manifested itself in a way these political idiots understand – losing our votes in the 12th General Elections. Amen for that.

And so we wait for the 13th General Election which we hope will dish out the relevant karma for UMNO and its Barisan Nasional partners. Meantime understand what they have done to us all – not only the non-Malays but also to the Malays and do not allow Barisan Nasional to play the race card and start their divide and rule antics on us anymore.

ANAKSARAWAKJanuary 11, 2013 at 2:50 PM
UMNO USED MAY 13 1969 INCIDENT & NEP RACIST POLICIES AS EFFECTIVE WEAPONS TO SCARE MANY CHINESE INTO LEAVING...

(As the Chinese were leaving, the Indons were streaming in from 1970s!)

The J Bakri article although informative does give any detail on the population re-engineering in Sabah and Sarawak.

Of the 3 countries in Malaysia, the most affected is Sabah.

Sabah has an estimated $1.5 or more "illegals" of the 3 million allowed to drift in freely since PM Abdul Razak and Mahathir's time with the racist NEP impinging on the rights of the original Sabahans ("the first nation).

The impact of population re-engineering in Sabah has many sad and dangerous consequences for Sabahans which may be impossible to reverse. (Read this article by Tony Seed on the Canadian government's reaction to UN Declaration on Rights of Indigenous Peoples- http://www.shunpiking.com/ol0406/0406-IP-TS-canadacondem.htm)

From a previous Wikisabah article the 1960 Census said there were only 0.4% Brunei Malays in North Borneo then, not Malayan Malays or Indonesians!

The alteration of Sabah demographics is mentioned in Wikipedia (http://en.wikipedia.org/wiki/Sabah) as follows:

As of 2010 the population of Sabah follows:

In 50 years Muslims outnumbered "others" by say 45% of the total population. How is that possible?

Although natural increases is a high contributing factor, it needs a lot more natural acts to bring this about. And we know that a number some 1.5 million plus of this number are not Sabahans.

The important point is that both ordinary Malaya Malays and Sabahans/Sarawakians have been disenfranchised by UMNO in terms of the vote and ownership of wealth.

While there is more sharing amongst Malays under UMNO new apartheid economic policies real wealth is concentrated in the hands of the UMNO BN elites.

The Malayan Malays need to open their eyes and work out how 3 million "illegals" had come to compete with them for everything promised under the NEPs- jobs houses, education, public facilities.

This is one reason why the majority of Malays are still poor in Malaya.

The appalling comic racist pronouncements UMNO and Perkasa put us through daily and the openly racists policies has made Malaysia a very unpleasant place to live in. This is deliberate and intended to drive out those who can no longer stand this nonsense.

Coupled with mass transmigration, this is a clever cost effective ploy just to "nudge" and make your neighbour move house. No need to kill them.

However, not every one can leave especially Sabah's poor majority who are now Sabah's minority inhabitants.

We should note that Kadazan Dusuns together were 36.5% of Sabah's total population in 1960 and according to the 2010 census they were reducded to 17.82%. They have now become a MINORITY in their own country!

So the mass transmigration is not just aimed at some pendatang Chinese but the Kadazan Dusuns as well!
Posted by STEADYAKU47 at Wednesday, September 18, 2013