All the usual suspects....

What Najib did yesterday triggered a stampede of sycophants trying to out do each other in their praise for his so called abolishment of the ISA. Does it mean that the ISA that was here yesterday is now gone today? Let me tell all those gullible people out there….the election is coming…if Najib does not come up with the abolishment of the ISA he will have to invent something similar. Let me explain Najib’s thinking process.

As usual Rosmah briefs Najib on the REAL situation -  re the possibility of her remaining as FIRST LADY. It does not look to good. Her recent attempt (over Hari Raya) at having a regular spot on national TV to “connect” with the people of Malaysia bombed because the people did not want to connect with her! So how now brown cow? What else to do?

Tell the real story about Altantuya? No can do! Spending time behind bars is not what this First Lady wants to contemplate doing even in the company of her beloved Najib!

Fast track PKFZ? No can do. That would bring the whole BN house of cards tumbling down.

Clean up PDRM, MACC and the Judiciary? ..and leave UMNO up the Tembeling River in a raft without a paddle? No can do too!..there must be something else they can do without getting themselves wet.....Rosmah does not look to good without her makeup!

And then their “Eureka” moment…abolish the ISA! Nobody who is against them can say that abolishing the ISA is not a good thing! And while Najib is at it why not abolish the Printing Presses and Publication Act, etc etc.

This is what I like about Rosmah She manages to offend all the right people...like all Malaysians! She thinks that making Najib abolish the ISA will secure her another tenure as First Lady. Well Rosmah I have news for you. Najib has to be reelected as PM first at the 13th general election to allow you to remain as First Lady – NOT The other way around!

Anyway the announcement has been made and all the usual suspects are wheeled out to put in their two cents worth of support.

Take this drivel posted by that pretentious little git of a reporter from NST:

THE prime minister's instruction to abolish or reconstruct a slew of security laws, chiefly the Internal Security Act, heralds a new age of political enlightenment that seeks to eliminate British colonial remnants and antiquated edicts of the Cold War.

Being a true game-changer, Datuk Seri Najib Razak's fresh set of humane security laws are going to provide new rules of socio-political engagement, one without the threat of police detention without trial.  In fact, Najib's radical transformation of the security environment may have been designed to free police from the encumbrances of having to tail critical pro-democratic activists and focus on criminals.

From now, all threats, whether they are connotations of vile thought or subversive inclinations, will be counter-argued with stronger and superior ideas. There's no other option.

Nak muntah aku! How anyone can sit down and actually make himself write that sort of stuff is beyond me! His job might be secure at NST but where is your dignity brother? Have some pride in your work lah…you are writing about a political decision made by a desperate PM who lacks legitimacy because of the way he came into office.

Only after 29 months in office is Najib finally going to the people for a mandate to be their PM – so please don’t write about “ a new age of political enlightment”, “being a true game-changer” “humane security laws”….. ”connotations of of vile thoughts or subversive inclinations”….. you are writing rubbish you pompous idiot!

And then of course the IGP has to have his 15 seconds of fame and he comes up with this gem:

"We have been entrusted with maintaining internal security and public order and will continue doing so even without the ISA.  "Emergency laws are no longer needed in this time and age," he told the New Straits Times.


In other words, with or without the ISA PDRM will still hantam and whack all demonstrators, will still murder suspects in Police custody, will still condone heavily armed Police murdering defenseless people...and not to forget the collection of "TOL" from the Rakyat to grease the palm of all those babi from the mata mata up.....business as usual!

I like his “.  "Emergency laws are no longer needed in this time and age," What time and age brother? This is still 2011 and it is still September….and all that has happened is that we are all a day older. When you are no longer IGP will qualify as a new time and a new age!

And in closing do not forget what Najib also said:

Please brothers and sisters stop any celebration to celebrate the abolishment of the ISA or the PPPA. It has not happened yet. Saying that it will be abolish does not make it happen. Take it for what it is….it has nothing to do with our freedom to practice whatever political ideology we choose or to let a responsible Media print what the public should know : It has everything to do about winning the 13th  general elections. 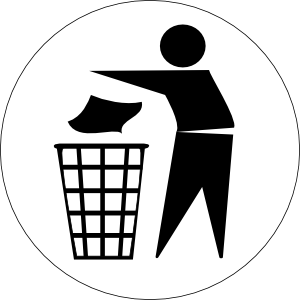