Methinks this Sultan of Selangor does too much AGAIN! The fixed, false belief that one possesses superior qualities such as genius, fame, omnipotence, or wealth. Can be a symptom of paranoid or manic disorders (and sometimes dementia). People with this disorder also have a taste for the finer, more extravagant things/actions. This disorder is commonly known as megalomania. Sometimes drug abuse can intensify or bring on these sorts of episodes. This is a very dangerous condition.

PETALING JAYA: It’s a bitter pill to swallow for many Selangor assemblymen now that the government may have lost control over the state’s Islamic administrative matters and the estimated tens of millions of ringgit in annual zakat collections.
The amendments made in July seemingly allowed the state’s Islamic Religious Council (MAIS) to be accountable only to the Sultan of Selangor, Sultan Sharafudin Idris Shah, bypassing the state government in the process.
The amendments affected the Administration of the Religion of Islam (State of Selangor) Enactment 2003.

FMT previously reported that Selangor state assemblymen allegedly received a letter from the Sultan at the July 11 state assembly sitting, commanding them to agree to these amendments.
Caught by surprise and fearing a constitutional crisis in the event of a refusal, Pakatan state assemblymen allowed the amendments to be passed without a hitch.
Currently, the Sultan has the power to appoint the MAIS chairman, deputy chairman and “not fewer than eight other members” to the council.
MAIS also consists of five ex-officio (automatic) members – the state secretary, state legal adviser, state financial officer, the mufti and the chief police officer.
According to the anonymous state assemblyman, the building and administration of mosques and suraus were also affected by the amendments.
JAIS, as well as the state government, he claimed, would have to spend money to build them, while the administration of these buildings would fall under MAIS’ purview.

Who told him that Selangor is HIS state? Just because he was born into the role of Sultan does not make any state HIS state! 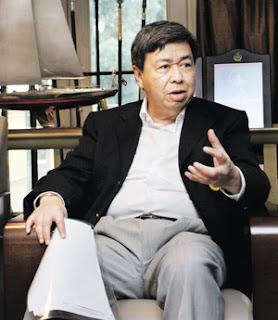 Like the mistresses being kept by BN politicians, he too is being kept in clover and grandeur by the hard earned money from others! And while these mistresses gives sexual pleasure and gratification to their masters this Sultan of Selangor is a parasite of the highest order for he never gives anything back to his benefactors.

And like the over 1000 parasites that can wreck havoc on our bodies and live all over the human body  - in the blood and all organs including the brain and in our eyes and sinus and anus – this Sultan of Selangor must be put in his place before he wrecks havoc over HIS state of Selangor by his dalliances into the politics of HIS state!

The parasite genital protoza lives in the female vagina and urethra and causes a slightly yellow discharge with itching and burning. I think it is time that this parasite of a Sultan  go find HIS female vagina and make like a parasite and stay out of matters that does not concern him.

By the manner he chooses to lives his sordid life he has forfeited any right to have anything to do with Islam in HIS state! Do you want the head of Islam in Selangor to fornicate around with ladies of dubious persuasion? I believe that ISLAM forbids what this Sultan is now doing – fornicating around – so why is he allowed to meddle in matters of Islam?

Woi Sultan go stand in front of the mirror and see yourself as others see you! A useless appendage of the Malays race that contributes towards nothing more then the decline and fall of the Malays.

What dignity you could possibly bring to your throne was lost many years ago when you choose to live your life no better then the life of those cursed and spoilt with the dubious honor of having other people pay for the useless life they lead. You have earned not a single cent to pay for the useless life you lead then, now and for the foreseeable future.

Before you are further embarrassed by the exposure of your past and present follies I would suggest that you stop to think whether doing the bidding of UMNO will do you any good. You simply do not have the acumen to understand that you are being used by UMNO for its own ends. True you do have need of the few millions here and the few millions there that UMNO throws your way every now and then but I would suggest that you are already living the good life being a parasite. Begging for the few millions here and the few million there that UMNO throws your way will not do you any good once the people decides that it is time that they do away with you and your parasitic way!

So Sultan cease and desist your interference in the governance of YOUR state! I was born in Segambut and Selangor is MY state. I do not want the likes of you to think that I will be quiet when you begin to have these delusion of grandeur thinking that you are a reborn Sultan of Selangor who has come riding on a white stallion to save Selangor from a PKR state government and return it back to UMNO. It would be far better for you to be like a stallion and go service the mares that are waiting in the stables – is that not what you like doing now?

Step back and stop yourself from thinking that you would want to play any role in the government of Selangor. For now we will put up with you being a parasite in our midst –though unlike the other parasites – it would seem that you  lead a very comfortable and decadent life style. Be like a tree and make yourself inconspicuous and stay out of our consciousness. To do otherwise might invite the wrath of the people in YOUR state and might shorten your rule as Sultan. Understand?