JASBIR SINGH CHAHL : LIKE A COCK WHO THOUGHT THE SUN HAD RISEN TO HEAR HIM CROW! Another a@*e licking WOG trying to win favors!

So far the Bhai community has been spared having idiots coming out of their ranks to try and make millions of ringgit by licking the a@*e of Najib or any other UMNO idiots...not anymore!!!  Here comes Jasbir Singh Chahl.

You can listen to what this Jasbir guy has got to say in the above 'exclusive interview" that he had with ....ahem...NST. At times he almost makes me puke. At times he ties himself up with his use of colorful phases like:

"shed some light',
"put the record straight",
"pursue with some vigor",
""as a Malaysian nationalist king and country came first  - profit is a secondary matter", "Malaysians working in a Malaysian project - that was the passion that carried us through".

This Jasbir can talk lah....but he talks cock most of the time.....but let me put some of what he has to say in plain simple language....not all of it but some of it.

He tells us that the Scorpene contract award was made on a transparent basis to the technically most qualified party at a commercially competitive price on a negotiated basis!

Of this, RM452 million was paid to Perimekar Sdn Bhd for the company service as  the project manager...Jasbir tells us that the RM$452 million paid to Perimekar is supposedly to cover project management and project integration services, coordinating the involvement of Malaysian companies in the industrial participation program, in the provision of services during the construction phase and to monitor the performance of these firms.

If you want to talk about transparency just look at how transparent this Melbourne whore house "Top of the Town" are in announcing what services they provide to their customers and how they manage things.

You will be greeted by friendly staff who will introduce you to the most professional ladies in the business. Top of the Town has over 80 ladies who excel in providing clients with a truly unique experience.
Safe sex practices are mandatory.
Our standard fees include:
Room rental and a full sexual service.
Prices start from:
1/2 hour – $160 3/4 hour – $210 1 hour – $250 1 hour Escort – $350 first hour (every hour thereafter $300)
For an all night or companionship escort prices please phone or email to discuss. (Escorts are available to Hotels/Serviced Apartments in the CBD area, apartments in Southbank or Docklands, and the cost includes transport to & from)
EFTPOS & ATM facilities are available in the premises. Foreign USA currency is acceptable in addition to American Express, Visa, and Mastercard.
Your credit card statement will not display any references to our business name as total discretion is ensured.
We have DISCOUNT CARDS  as well as LOYALTY CARDS.
Please phone reception on (03) 9614 1414 for further enquiries. Street parking is plentiful or there are many public car parks near by.

See how transparent precise and clear everything is. You know what services are available, how much you will be paying and even how you can pay for services – this for a transaction that ranges from $160 for half an hour to $350 for the first hours and $300 for every hour thereafter!

Our government is paying RM$6.7 billion for two submarines and you talk about a service management fee of RM$452 million. After Altantuya's murder, Bala's death and this being the numero uno sex and financial scandal of this nation - we are still in the dark about where that RM$452 million went!

Are we to understand that The Melbourne Whore house can do better than Permeker Sdn Bhd, better than Terasasi Sdn Bhd and better than this UMNO led Barisan Nasional government when it comes to being truthful and open in the things that they do?

And Jasbir tell us that the Scorpene Contract was made on a transparent basis! Bulldust again! Huh! Transparent to whom? 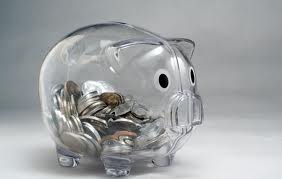 Transparent to those who will make money from the deal? 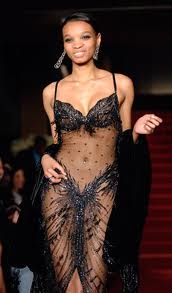 Transparent to those who can see what they can get out of the deal?

This Jasbir idiot also tells us that the contract was awarded to the technically most qualified party! Bulldust again! The contract was made supposedly on a G to G  basis between the French and the corrupt UMNO led Government of Malaysia with Perimekar Sdn Bhd as the project manager.

Let me clarify this. Let me put things in perspective!

After twelve years of the French failing to sell French Submarines to the Malaysian government, things started to move when Razak Baginda (who Jasbir say is a defense analyst who understood regional dynamics - huh...that is just jargon for the fact that Razak is a friend of Najib Razak the then Defense Minister!) was brought into the picture.

It has nothing to do with any of you being a Malaysian nationalist working for king and country first with profits being a secondary matter. Do not make me puke with your so called nationalistic concern for Malaysia's sovereignty! Once you brought Razak Baginda in things started to move because there was money to be made for everyone and Razak did the maths and told Najib so!

And Jasbir since when could you get a cocommercially competitive price on a negotiated basis? Woi Bai you can only get a commercially competitive price on an open tender! Kapish?
This Jasbir can talk. He uses all the correct phrases and jargons. But when all is said and done,he cannot bullshit his way out of a corrupt deal that started well and had all the bases covered but started to go horribly wrong when greed, sex and  arrogance got the better of Razak Baginda and God knows who else. A pox on all of you!
Posted by STEADYAKU47 at Sunday, August 11, 2013