Mahathir : "Sir this is what you must understand. We do not question the needs of these mega projects. We question the manner you chose to manage these projects for the financial benefits of the few – your family included!" 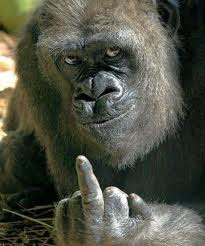 This morning I see that Tun Dr Mahathir, in his usual inimitable style that lacks grace and good manners, has made his reply to the barbs from “The Awakening” that must have pricked through his thick elephant hide just that little bit when Pak Lah’s “The Awakening” came out recently….well not really Pak Lah’s but more of a Bridget Welsh and James Chin thing.

Tun that Malaysia need the North-South Highway, Penang Bridge, KLIA, West Port, Putrajaya, Cyberjaya, the twin towers of Petronas and a host of other mega projects is not being disputed. Nobody in their right mind could argue that those infrastructure projects were sorely needed in a Malaysia that was transiting from a rural economy to an industrial one. Nobody disputes that billion were needed to be spent if our country is to be developed at the rate of others Asian countries…of Singapore even!.

But Tun you seem to not understand that what we question is the manner these mega projects were managed under your government.

What we question is the lack of transparency and accountability in the manner your government choose to award these mega infrastructure projects.

And more disturbing are the massive costs overruns, the corruption and mismanagement that accompanied the award of these projects which have now become an odious culture that permeates all levels of government and unfortunately have become embedded in our society.

The culture of money politics and a culture that allows your government to turn a blind eye to the pillage and plunder by politicians and their cronies of our country’s resources and wealth has now become par for the course for subsequent Barisan Nasional government!

Take the North South Highway project. Truly an inspired project, magnificent in its entirety and a massive undertaking in any circumstance. We trusted the government to make it happen. And what has our government made happened?

We know too well the financial costs that our people have been burdened with the never-ending costs of tolls. Sir, the conflict of interests, lack of accountability and transparency and one sided terms favoring the interests of everyone else BUT the Malaysian people has been debated and discussed for the past three decades if not more. Suffice to say that it has made many UMNO nominee and cronies insanely wealthy – but at what costs to the people?

Sir I can go on in the same vein with the other projects you mentioned: Penang Bridge, KLIA, West Port, Putrajaya, Cyberjaya, the twin towers of Petronas and a host of other mega projects. All of these projects without exception have been managed by your government to profit UMNO’s political elites (including yourself and your family) and your cronies – that it benefited the Rakyat and Malaysia was purely incidental. In fact given the massive costs overruns of these mega projects, the question of benefit to the Rakyat and Malaysia is doubtful for we are now and in the foreseeable future, burdened by billions of ringgits in debts incurred in the mismanagement of these projects when under your government.

And that Sir is what you must understand. We do not question the needs of these mega projects. We question the manner you chose to manage these projects for the financial benefits of the few – your family included! Enough said!

Mahathir's  : Advice that will Bankrupt the Nation