Willing is not enough; we must do.


Barisan Nasional politicians who are in executive position within the government must think that their main goal in life is to make money. There are many ways to make money. For most of us it means working hard for most of our life so that there is enough to take care of our children and then some left over to see us through the times when we get too old to work. Some of us get lucky. A sizable inheritance from our parents perhaps or we might win the lottery. And then there is the other way: You become a Barisan Nasional politician, preferably with UMNO.


Today in UMNO it is not enough to be a Yang Berhormat. The Yang Berhormat must be a Yang Berduit too. It is not enough to be a Minister. A Minister must be the source of great wealth primarily for himself, his supporters and cronies. For the Perdana Menteri in him lies the power to make his family truly wealthy and to all those that he chooses to bless, the receiver of many lucrative business opportunities that requires no work, no capital nor have any risks – all this at the expense of the Rakyat.

This is what Barisan Nasional in general and UMNO in particular have become after Mahathir first cast his dark ominous shadow over the length and breath of Malaysia. The elders and the wise within UMNO no longer counsel UMNO. Money buys everything. Power in UMNO begets support from the voting masses because with power comes wealth….wealth that does trickle down to the people. Not enough to better their miserable life but enough to buy them food for a week or two at election time For people without the means to a decent wage – that means a lot. Enough to give their votes in the vain hope that a bit more of that money will be thrown their way after the election in the form of peruntukan to repair some longkang or pave that miserable road that takes them from the kampong to the rural clinic that was built by UMNO  many years ago.

It is difficult for those of us that have not endured such a life to empathise with these people – whether Malays, Indian, Chinese or the others. But empathise we must if we are to understand what is needed to change the political landscape and the mind set of these people that have been the “vote bank” for UMNO for many years. That is why Mara, Risda, Felda and all the other da da da and ra ra ra have been created. Government agencies that have been created to hold on to these voters and to provide jobs for UMNO’s corrupt and predatory cronies. Predators whose time as Chairman feeds their sexual and financial appetites – again at the expense of the Rakyat –and the poorer one at that. 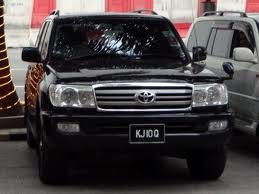 The reality in UMNO now is that once a leader loses absolute power he and his supporters are dead meat. Look at what happened during Pak Lah’s tenure as PM. Once Khairy Jamaluddin was King. Not the heir presumptive, not the next in line – he was the “go to” guy if you want anything done in Malaysia –for a fee. Khairy’s tendency towards self-aggrandizement was UMNO’s way but it worked for KJ only as long as Pak Lah was Prime Minister. Khairy had not built a solid base within UMNO and without Pak Lah he had nothing except the money he had made while in office…and more galling he was too full of himself.

With Pak Lah gone he was told to behave. For good measure he was publicly humiliated by having his deputy made a Deputy Minister while he held no position within the cabinet. And as Khairy’s star faded Mukhriz was filled with the promise of further ascension. A deputy Minister now and later maybe he will leap frog over Hishamuddin to who knows where within the abusive power structure of UMNO – but just as long as his father is around.

What worries me is that decisions made at the executive level of our government have more to do with keeping these leaders who uses their power not for the benefit of the people but for keeping themselves in power – absolute power without regard to the consequences of their action. And more worrying they need to ensure that when it is time for them to go, who ever takes over as PM will guard their “legacy”. A legacy of corruption, nepotism, greed and abuse of executive power while in office. Mahathir’s humilation at the hands of Pak Lah is a lesson learnt.

What does it say of our leaders?

We have a very wealthy Chief Minister in Sarawak who has just been given another opportunity to bleed his state to a premature death, numerous Ministers and ex Ministers who are more at home in the league of liars, thieves and sexual deviants and a Prime Minister who simply oozes sleaze. Najib is someone at ease with the company he keeps within UMNO because what he did when MB of Pahang and in Mindef is exactly what he continues to do today as our PM albeit at a level that ensures that what Mahathir has wrecked upon the country will continue to be the norm rather then the exception.
With Barisan Nasional leaders like these who needs enemies? The people have now developed a numbness and apathy to what else can be dragged out by Najib and his goons. Another death at PDRM or MACC perhaps? Another posting overseas for an errant UMNO “friend”? What about making Mukriz a Minister NOW because “there is no better qualified individual” around? And when all else fail they go back to the tried and tested pornographic shindig!

We need to tell Najib that this is not appropriate behaviour for people in high public office – and in Malaysia it does not get any higher then the Prime Minister.

We need to tell Najib that we will no longer accept the death of any Rakyat while in custody of PDRM, MACC or any government authority - and we need to convey these feelings to Najib.

To ourselves we need to understand that change will only come by our own effort. It is an effort for me to sit down and write this at 5 a.m on a Monday morning but the fire burning within me when I see the injustice perpetrated by our leaders upon us all drives me to want to make that effort. Please do something…even of it is to raise that solitary middle finger of yours at Najib  when he passes by with siren blaring and with those Police and UTK goons on their bikes clearing the way for him while you sit for hours in our car enduring the traffic jams that is made worse by his motorcades going by.

Each and every one of us that has been a victim of Police brutality and Police greed for those few ringgits that they rob us of every time they pull us up for a minor traffic infringement.

Each and every one of us that has been treated with disrespect and contempt by government officers when we go to do our business with the government departments.

Each and every one of us that has been taken for a fool by the utterances of our leaders in their endeavour to cover up their abuse of power while in public office.

Each and every one of you must work towards making that change. Sometimes I despair when I see the results of the recent Sarawak elections but taken in perspective we know that the tide is turning against Barisan Nasional – slowly but surly it turns.

What can you do to keep the momentum moving in the people’s favour? What must you do to sustain the change so that come the 13th General Election the tide will no longer ebb towards the shore but become a surge that will toss Barisan Nasional out of government? I know of many things to be done to make Pakatan Rakyat a viable alternative to Barisan Nasional but it is for Pakatan Rakyat and its leader to show us the way. If Pakatan Rakyat is true to their promise of an open and responsible government we will be there for them.

Email ThisBlogThis!Share to TwitterShare to FacebookShare to Pinterest
Labels: Willing is not enough; we must do.