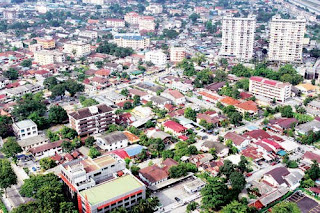 This morning, while having my first cup of Nescafe, I started thinking. To be truthful my first thoughts were about my daughter Terrina and her Family in Toronto. Emmett, that guy from Butterfinger, father to Izzy and Sofia and my daughter’s better half and my favourite son in law is now too involved with his work to think about anything else. We have not Skyed for over two weeks and my wife and me are just bordering on being upset…just a bit…but for now we still love them. For now….

Now back to my thinking. To me Bank Negara under Tun Ismail Ali and the Police under Tun Haniff were the only two institutions in our country that could be said to be beyond reproach when these two icons of our history were in charge. I am sure there are others but it is for you to tell me if you do know of others. I began to think of the past because the present is so unpleasant. This morning when I went into NST the first headline that grabbed me was

Kampong Baru is where my favorite Nasi Dagang stall is, so I read more. And as I came across the name Mat Shah –President of MAS Malay Agricultural Settlement Administration (MAS), which represents landowners and stakeholders in Kampung Baru,..my interest to read more was suddenly gone. Is this the same Mat Shah that still has to complete that Plaza Safuan in Jalan Raja Alang? And was also involved in Menara Safuan near the Danish Embassy? Please are there no other Malays around? The redevelopment of kampong Baru is just another opportunity for an orgy of manipulation and money grabbing exercise by those Malays who can make a grab for the money and will do so simply because they can. First tier opportunist will of course be the Politicians…then family, friends…second wives… girlfriends…ketua bahagians…we are familiar with the structure. And in the end after all the money has been milked and nothing is left the carcass of Kampong Baru is thrown back to the Malay owners- now left with development plans and incomplete foundation and structures and nothing more…while the same bunch of vultures go seek another killing fields. 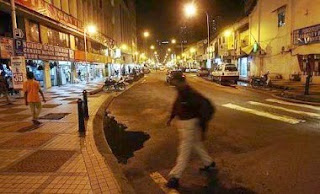 Just look at what has happened to the Chow Kit Road Market redevelopments, the Medan Tuanku redevelopments, the Selborn massive redevelopments plans along Jalan Raja Muda. First find a redevelopment site. Get political patronage to put a ‘proposal’ together.  Print glossy brochures with all the glitz of a ‘launch’ by the Perdana Menteri thrown in. Then on sell the ‘proposal’ to another party..then to another party…then sub sub…until nothing is left except the money in the pockets of the politicians and so called ‘developers’ that came in at the start of the proposal. 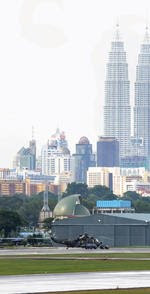 That redevelopment of the RMAF base in Sungai Besi was already putting money in politician’s pockets years ago – many many years ago. I have personally seen at least two ‘proposals’ that had the ‘blessing’ of the Datk Bandar, Federal Territory Minister and  the PM. ….and of course the RMAF chief will be coming on board once he retires. These ex RMAF chiefs are a dime a dozen. Hell I had one as Chairman of my company once! KSU’s are a bit harder because they know their value…they can swing negotiated tenders to your side of the table. Just go and see how many KSU’s are now ‘businessman’ – aiyah what is so hard about being a businessman – you join a company on $20K a month – why not? The company has made millions from your “assist” during your term of office! The ex-KSU’s in Mindef is a good starting point if MACC is interested in a follow through.

Now we are told that a network of terror has infiltrated our Universities. Come on lah Special Branch – or whatever Branch of PDDRM that has advised the BN government of this. To me the only reason Malaysia has been spared any significant terrorist activity is because we are not a significant target in as far as these terrorists are concern. If they can infiltrate the US, UK and the European community at will – think what they can do in Malaysia if they set their minds to it. And you think PDRM can prevent that from happening? Oh dear God – why don’t PDRM just focus on managing corruption within PDRM. Not eliminate it just manage it. Not within the country but just within PDRM!  Do not use this latest excuse of terrorist infiltration to throw a ‘security’ blanket over our students in these places of higher learning in order to monitor their ‘political activities’ in the coming General elections. You think we are stupid? You think the public does not know your real intentions? You think the students can be cowered by these latest attempts by the BN government to ‘manage’ them? Use the ISA on these students? I suggest you back off before you push the students more into the PR camps. Let them do their studies. You will not want these students to start organizing themselves to be against BN. I kid you not!
Got so carried away that my coffee is now cold. Excuse me while I go warm it up in the microwave…there are still tales to be told about the times that we live in. Now when would BN catch up with the present times that we now live in?
Posted by STEADYAKU47 at Friday, June 18, 2010