UMNO and the Malays now. What a paradigm shift looks like! 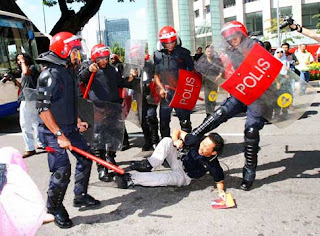 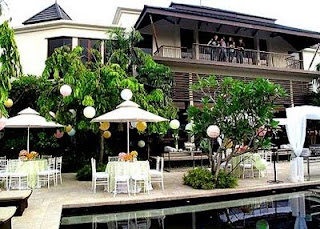 When investors talk about doing business in Malaysia they talk about “UMNO costs”. These “UMNO costs” has nothing to do with business but all to do with the greed of UMNO politicians taking a ride on the gravy train at the expense of others. During the good times such “UMNO costs’ were manageable because growth was robust. In the times we now live in these UMNO costs and corruption dampens our economic recovery.

Similarly UMNO’s ‘struggle’ for the Malays have costs the Malays a price they will have to pay for generations to come. Untruths that are oft repeated become facts. UMNO insist that the Malays cannot survive on our own – we need to be spoon-fed! The Malays demand Bumiputra privileges for themselves. The Malays squander the richness of the country through fraudulent tenders and projects costed to finance extravagant lifestyles. The Malays are rent seekers not doers!

Let me tell you now that the Malays were merely the excuse for UMNO to take for themselves what they said will go to the Malays. UMNO are the beneficiaries. Look closely at what is now happening between the Malays and UMNO. This is what a paradigm shift looks like!

The Malays are now telling UMNO: “What …you think we do not know what you do? You tell us that one day the Malays will be the master of all we survey in Malaysia”….the key word is “someday”...that someday is resurrected at every election, at every negotiated tender, at every privatisation award, at every decision made to give more and more financial gain to UMNO…..and their rationale for giving to themselves is to bring that “someday” closer to the Malays. Huh!

UMNO has a disease. Political dysfunction. After 50 years of the disease UMNO is at stage four of the malignant disease and is set on taking with it the Malay race to its final disgrace. But we will not go!

UMNO will not be able to find a cure for a dead UMNO even if it was at the tip of their noses. They know exactly what money politics is, they know that it exists and what is needed to eliminate it…but damm if they will get rid of it!  There is a lack of desire for them to do so…and more important UMNO is not keen to cure itself! Money politics and pervasive corruption is at the heart of this Political dysfunction.

The last General Election has taught us all that Parliament is ultimately accountable to and removable by the will of people. The are enough Malays to remove UMNO from government! With the other races this is a certainty…and then you will see another paradigm shift - this time in our political scenario.
Posted by STEADYAKU47 at Thursday, June 17, 2010

Email ThisBlogThis!Share to TwitterShare to FacebookShare to Pinterest
Labels: UMNO and the Malays a paradigm shift