The Internet is our domain. A curse for the Politicians. 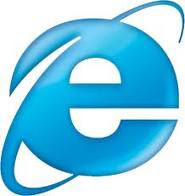 Barisan Nasional does not own the Internet. Nor does UMNO. The importance of access and control of information has not changed from the 15th century when Gutenberg invented the printing press. From then until recently power was concentrated in the hands of the few that had ownership and control of the media.

"That which had been the exclusive private property of powerful elites became the public social capital of populations". Rheingold.
Now power is in the hands of the people who have access to information through the net – where information is available to more people in more places. So now we hold that power. Today the poor, the dispossessed and the disadvantaged can have their voices heard just as long as they have access to the PC and more empowering is that the dissemination of this information is no longer one-way.

The laws and control that our government imposed on us in the dissemination of information they consider a threat to their security is no longer relevant or effective. Every group of like-minded people in Malaysia can now ‘talk’ to each other via the web sites, e-mail and discussion groups. And as disillusionment with Barsian Nasional mounts the utilization of the Internet to give voice to this disillusionments increases. It is in the sophistication of the method to harness the Internet that we now await with trepidation. With trepidation because of the possibility of using the Internet for the vested interest of the Barisan Nasional rather then for greater good of the people of Malaysia is very real. And so we should not be surprised if the same people that had control of the media now seek to actively control the independence Internet - as they are already in the process of attempting.

Today every desktop is a printing press, a broadcasting station and a place of assembly. The Internet is for everyone. Access to the Internet is no longer exclusive to any economic, racial or religious groups. This uncensored accessible press is available to all of us. For now it would seems that the Internet has a mind of its own – free from any attempts to control it.

And so we come to the new reality. There is no dissemination of information limited by the racial divide, by the religious divide and we hope eventually by the urban and rural divide. And where is UMNO? Today 29th of June 2010 there are busy tinkering with the following:


And we already know the facts of the above issues as we know the back of our hand. Intimately and in great detail through the information available to us on the Internet! And yet BN continues to deny! Deny! Deny! We have BN leaders standing in front of us dutifully mouthing, “ We have done no wrong. There is nothing wrong. Everything is due process”.

PR is also guilty of this  - so please refrain from pointing fingers at BN politicians.

But yet there is hope for us.


But more troubling to these Politicians are the possibilities. At any time the people who hold their secrets can go to this new media and they might just wake up one morning to a Politician nightmare:


And they cannot undo what they have done. They can try and keep it quiet with financial inducements and what have you – but the nature of man is never to be satisfied with what he already has. He wants more. How much more? Would murder most foul be the solution? And if murder were done what would be the repercussions?

These politicians are now trapped in a world of their own making. It would need a Lim Guan Eng or  Nurul to effect change – if the political will exists within them. Let us hope that when their time comes to rule the fire still burns brightly within them for change. For now I write what I think I should. And so should you all.
Posted by STEADYAKU47 at Tuesday, June 29, 2010