UMNO: DO NOT GO THERE!

"Among politicians the esteem of religion is profitable; the Principles of it are troublesome”
Benjamin Whichcote.

How long did it take for Australia to get a new Prime Minister? I went to sleep close to midnight on Wednesday and woke up Thursday morning with a new Prime Minister. It took Mahathir eighteen months. Pak Lah almost a year. But that is Australia. Now I want to talk about Malaysia.

The threat of the ISA, the Special Branch or any organ of the Barsian Nasional government or of Najib’s, is of no concern to me. They cannot use the IRS to audit my income tax returns to intimidate me. Use any academic, cultural or sports organization to impose sanctions on my family or me. There is no licence that I need to apply for that they could prevent me from having nor can they take away any license that I might have. I do not need to take my car to Puspakom for any inspection that they can fail me on. I do not need to go to Immigration to apply for any passport to travel anywhere in Malaysia or anywhere in this world. There is nobody close enough to me in Malaysia that they can use to persuade me to behave myself. They have already close what Bank Accounts I have in Malaysia. In other words I can tell them to go take a flying leap into the swamp and there is nothing they can do to me. And it gives me great pleasure to know that I can do that! They being the Barisan Nasional government!

I am sure they cannot understand why I spend time telling them to go jump into a swamp. Try the Police murder of Kugan. Try Najib’s complicity in the murder of Altantuya. I want to express my abhorrence for a government where people are prepared to be beaten, jailed and even die – do almost anything to try and ensure the political demise of the government that Najib leads. At the very least I can write about it.

Hold on to your baju melayu and songkok. Make sure that your cheongsam and samfoo are well fitted and tight around you. And draw your sari closer to you. For the Ibans make sure that your longhouses are secure against the coming monsoon. O Bhai wear your turban with pride and stand together with us. To the others who are with us call upon your Gods to be with you - if you have them. We are all going on a wild ride if UMNO have their way! And methinks they will if cooler heads do not prevail because we are not talking about race and religion!

The partition of India and Pakistan, the conflict between the Bosnian Muslims and the Serbs in Yugoslavia and the resulting partition of the country into Bosnia and Serbia all happened within our lifetime. It happened because religion created the notion that one identity was superior to the other. 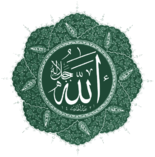 Race and religion lives in our hearts – not in our minds. When race and religion is used as a tool for politics then the potential for misuse is great. And more worrying – the potential for people to spiral out of control because their hearts, their emotions are being manipulated is too great a risk for any multi ethnic community such as ours. And this is what the BN government is now embarking tentatively into. This is what a bankrupt UMNO had now decided what it must do to keep power. 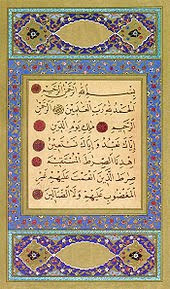 Use race and religion to ensure their continuing survival as the government in our country. UMNO now dares to claim itself as “ALLAH” official party and shamelessly use religion to further its cause? But even as we tell ourself that politicians will use anything, ALLAH included to win elections and maintain power, we must have a moment of clarity and pause. A moment of clarity to understand where this “ALLAH is on our side” rhetoric’s will take UMNO and will take us.

Already we hear of UMNO executive secretary Abdul Razak Yusuf saying that the ulama are expected to "refresh" the party and "enhance" the confidence of the Malays in Umno as the party headed for the 13th general election.

And then another report claims that 100 "highly qualified" ulama will be joining Umno via the party's Dataran Merdeka Umno branch.

Let us err on the side of caution. Religious fanaticism once released is a tide that nobody can curtail. We are talking about planned and cold-blooded murder, organized religious gangs going on rampages and riots - killing women and children – the systematic slaughter of those who are “not with us”. Have we not learned enough from the May 13th Riots? The May 13th racial riots will pale in comparison with what can happen when religion and race becomes the reason for people to start killing each other.

We do not want to go there. So we ask of UMNO, those that are still in UMNO who have the interest of all our people at heart. We ask that you tell those War Lords, your Gung-ho elites, your win at all costs die hards – that we cannot go there. We cannot use religion or race to win election. Because, as I have said earlier on, Race and Religion is in our hearts not our minds. We can manage our minds with reason and rationality. We cannot do that with out hearts – so in the name of ALLAH do not go there.
Allāhu Akbar (الله أكبر). 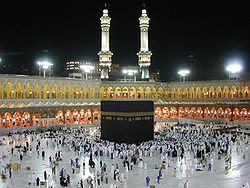 Email ThisBlogThis!Share to TwitterShare to FacebookShare to Pinterest
Labels: UMNO: DO NOT GO THERE