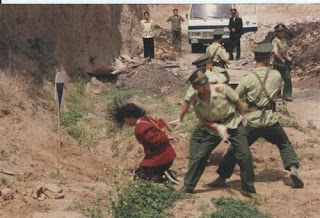 Execution of Corrupt Official in China
I cannot express my contempt too strongly for those that are corrupt. For those that give or take money and make corruption possible.
Mengambil hak orang lain.
Makan wang Rakyat.
Mencuri!
I should know because in the past I myself gave and took money and did my share to make corruption possible. And yet even as I was doing it I regarded myself with contempt and I think those that took money from me must surely also regard themselves with contempt – because what we did is contemptible.

Now here is the question we all want to ask: How can those people in high Public Office, our Ministers, our Prime Minister be part of this thing we hold with so much contempt? Does the fact that they take millions instead of hundreds or thousand of ringgit makes it any more respectable? That they are not on the same level as those Traffic Police Cops taking RM$50 for letting that Chinese businessman go free in spite of driving through a red light?

It would seem that here in Malaysia corruption becomes respectable when you are dealing with the Political Secretary of a Minister. When you are dealing with a Minister there might even be a Datoship involve in it for you! Does it then rise to the realms of it being an honour for you to give money to the Minister! Like the gangsters who refers to their boss of bosses as their Heavenly King…..somehow that “Heavenly” bit makes them have a God like stature….the same as in UMNO where these thieves are called “war lords”

I am amazed at the audacity of these UMNO politicians who are easily encouraged to tell us what their “boss” can do….that ‘boss” can be anybody ranging from a Ketua Bahagian to the Prime Minister himself. I remember one meeting I had with Mumtaz Jaafar arranged at one of the trendy cafes at Bangsar Village. Even before the meeting I was already prep by “her people” that I was privileged to meet this close confident of Rosmah! If truth were told all I remembered of that meeting was that Mumtaz was OK and to her credit no mention of Rosmah was made by her at all! Meeting the brother of a KSU or a Minister is considered to be an honour not easily bestowed unless you can make it financially worthwhile for the person making the arrangements. In the heydays even meeting the driver of a Minister could only be done in the coffee house of a Five Star Hotel – because he could easily slip your file to the top of the pile of files that his Minister was reading while in the car! But I digress.

I do believe that nobody involve in corruption – unless you are really a scum or the lowest of the lows – are proud of what they do. It is not something anybody would want to do but the financial rewards are too often too great.

And so here lies one of the greatest shames of our country. If our Prime Minster can offer the people of Sibu RM $5 Million to vote for Barisan Nasional’s candidate – how can our Prime Minister tell the Traffic Police Cop not to take the RM$50 on offer from the Chinese Businessman to let him go free? Quite simply Najib does not have the moral fibre to do so.

There was a time when we shake our head in wonderment at the corruption going on in Indonesia but not anymore. There is a change in that country that started from the top with their President…..and that change has been enthusiastically embraced by the people of Indonesia at all levels. It is a populist movement in support of an idea whose time has come for Indonesia…STOP CORRUPTION _ and nowhere is the support stronger then amongst the “little people” in Indonesia - the middle and lower income and the poor who have suffered most from corruption.

In Malaysia many people feel exactly the same way. They have had enough of living with a corrupt PDRM. They want to know how UMNO finance their elections. They want a JPJ and a Puspakom free of graft. A DBKL and other Municipalities doing their job without feathering their own nests with side incomes from hawkers, business premises and other sources. A Bomba that takes what it can from the business premises they inspect. Government departments doing their jobs without need for ‘financial incentives’ from the public. 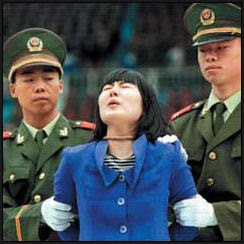 In China they shot corrupt officials;
Lu Wanli, a former director of the Communications Department of Guizhou Province, was sentenced to death for embezzling $6.6 million.
A vice governor in Anhui province was executed by lethal injection for accepting $623,000 in bribes and being unable to explain how he obtained $600,000 in assets, which far exceeded what he should have been able to obtain with his salary.
Bi Yuxi, Beijing’s top highway administrator was sentenced to death for accepting $1.2 million in bribes and misspending $360,000 in public funds.
Two China Construction Bank employees—branch manager Zhou Limin and accountant Liu Yibing—were put to death with a lethal injection for stealing almost $52 million from bank customers.
Oil executive Lin Ringxing was sentenced to death for embezzling $4 million at another China Construction Bank branch and taking $620,000 in bribes.
Li Baojin, a former prosecutor in the northern city of Tianjin, was sentenced to death for taking bribes and embezzling funds worth $2.66 million, including $760,000 in bribes he took from seven businessmen between 1996 and 2006 when he was chief prosecutor and deputy police chief in Tianjin.
China’s top food and health official, Zheng Xiaoyu, was executed on corruption charges in connection with taking $850,000 in bribes from eight companies in return for approving untested drugs. He was executed within a few weeks of when a court handed down his death sentence.  Zheng’s execution was popular among ordinary Chinese.
Li Peiyang, the former head of the company that owns Beijing airport, was executed after being convicted of bribery and embezzling $16 million.
If only we had the same resolve in Malaysia…….. But then after sibu we would need to shoot Najib first…wouldn’t we? 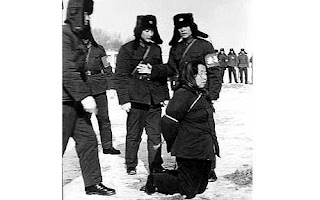 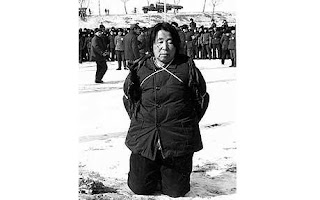 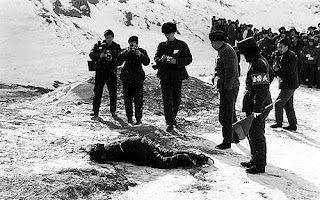