Either way Najib is Toast!

On the morning of October 9, 1967 Bolivian President René Barrientos ordered that Che Guevara who was captured the day before, be executed. The executioner was Mario Terán, a half-drunken sergeant in the Bolivian army. Guevara was shot nine times. Five times in the legs, once in the right shoulder and arm, once in the chest, and finally in the throat. 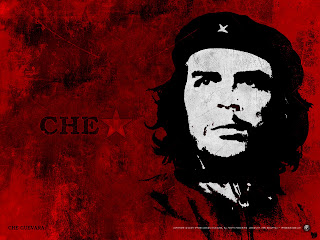 But Che Guevara lived beyond his death! In death he has become one of the most influential people of the 20th century. He has evolved into the quintessential icon of the leader driven by moral rather then material incentives and his iconic image is as familiar to us as our own!

Obama was not going to allow Osama ben Ladin to be another Che Guevara! Taking Osama Ben Ladin alive was not an option to be considered by the US of A. There was no way that the Obama administration would give al-Qaeda and Muslims across the world an opportunity to take Americans hostage to demand Ben Ladin’s release. Osama Ben Ladin was buried at sea thus ensuring that no place with his remains could be turned into a shrine forever committing his memory and himself to martyrdom! Now what has Najib learned from these two? Obviously nothing!
So what is Najib to do with Anwar Ibrahim?

What else can anybody do to Anwar that would break him or cause him to falter, stumble and fall as he leads Pakatan Rakyat towards the 13th General Elections?  In as long as Anwar is prepared to tough it out no matter what then nothing much can cause him to stumble. Anwar is mentally very strong. He has endured all that is humanly possible to be endured with a resolve that overrides all other consideration but the survival of himself against all that Barisan Nasional and UMNO can throw at him. So why did Najib think that Sodomy Two will break Anwar?

If Anwar is convicted the people have already decided that NAJIB is guilty of using the judiciary for his own purpose. If acquitted Najib’s reserves of goodwill and what fading support he has within UMNO will be totally depleted.

So again that begs the questions : Why did Najib allow Sodomy Two to proceed under his auspices? Again another error of judgement?

I sometimes wonder at the intelligence of this Prime Minister of ours especially when he gets together with that first cousin of his – that Din guy at the Rumah Ministry! Their ‘giant step’ towards improving individual freedom by the passing of the Peaceful Assembly Bill of 2011 has now turn into a riot! Literally! The Rakyat are protesting – peacefully I must say – at this latest attempt by Najib to ‘buy’ the votes from the Rakyat as our nation moves closer to the 13th general election.

This will never do Najib!

Now days Najib seems to always have that half craze and half frightened look on his face – quiet like that of a startled deer caught in the headlights of a car! In many ways I can sympathise with him because he is in a fight way beyond his league with Pakatan Rakyat. His use by date in UMNO is past due and nobody of any significance will likely throw his lot with Najib. Nobody backs a loser.  Muyhiddin would be a better bet….anybody with Mahathir riding shotgun beside him is a better bet!

What is left for Najib now is try and negotiate a graceful exit before he is pushed. Maybe Pak Lah may be able to advise him on this one! Karma is a fact of life…live with it Najib!

Wonder what Rosmah has up her sleeve for these kind of eventualities?