Of Gadaffi and Rosmah.

I sometimes wonder how is it that one can go from rags to riches and vice versa in the blink of an eye…how once powerful dictators can fall from grace without understanding what it is that is happening around him.

How did Gadaffi descended from this: 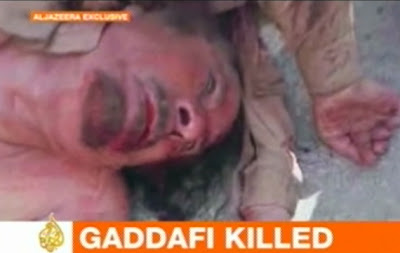 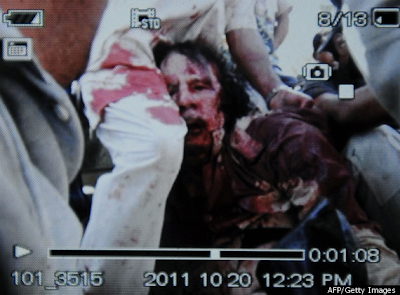 We are constantly amazed at the inability of people who have attained great power and great wealth to understand that power and wealth are never permanent. Do they not feel the contempt and hate that their own people feel for them as they strut across the world stage while their people are kept submissive and pliant to all their wishes and commands?

All once with money and power. Saddam Hussein and Gadaffi now dead and Mubarak dying. What good did power and money do for Saddam as he faces the hangman's noose. And for Gadaffi his end was far removed from his theatrics in the United Nations as he showed his contempt and disdain for those who would ultimately be instrumental in his defeat and in his death.

I am sure with each downfall of once powerful dictators that amassed their wealth from the sweat and toil of their own people others who are in the same position feels a tightening of the hangman's noose around their neck too!

Without being dramatic I want to remind Rosmah more then Najib that she should consider herself to be in the same situation as these leaders despised and hated by their own people. She has gone from this: 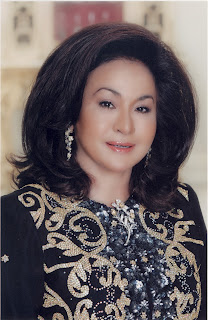 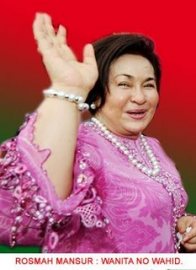 Not in the blink of an eye but over a period of a few months. Now how does one justify the transformation to a public that knows how old you are and how you look? How is it possible that you would think we would be quiet and put up with your delusion of grandeur? You are indeed a sad joke for us Malaysian to laugh at and for Najib to suffer on a daily basis.

For those of you that think me mean or unforgiving of women and their follies let me remind you of this.Rosmah chose to push herself in     to our consciousness. She hogs the lime light and thinks herself FLOM. Not plump but FLOM...but come to think of it she is also plump! When you do that then be prepared to get as good as you give. The VIPS and their wives may scamper and and bow around you - I have no such scruples. You are but another nail in Najib's and UMNO's coffin. Period!
Posted by STEADYAKU47 at Tuesday, November 29, 2011