After meeting in large numbers at Harun’s official residence in Jalan Raja Muda near Kampong Bahru and hearing inflammatory speeches by Harun and other leaders, they prepared themselves by tying ribbon strips on their foreheads and set out to kill Chinese.

May 13. History or fiction. 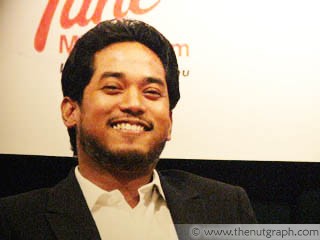 Heh heh heh...I  know what you did last summer.

Yesterday I read the news from an online news portal. The wordsMay 13 caught my eye. Yes that date does that to Malaysians of my generation. What caught my attention next was this statement by the head of Umno Youth, Khairy Jamaluddin. He was reported as saying...

"In history, it is already written what happened in this tragedy; everyone also knows who was responsible for it."

The questions that immediately jumped into my simple mind were:-

a)     Already written? By whom? Which version is the truth?

b)     Everyone also knows who was responsible? Really? Who then?

This morning I trawled out this from somewhere on the Internet. It is purportedly a letter written by Malaysia's 1st Prime Minister, Tunku Abdul Rahman Putra in 1972, 3 years after the May 13, 1969 racial riots.

“It was clear to me as well as the police that in the highly charged political atmosphere after the police were forced to kill a Chinese political party worker on May 4th, 1969, something was bound to happen to threaten law and order because of the resentment towards the Government by the KL Chinese on the eve of the general election. This was confirmed at this man’s funeral on the 9th May when the government faced the most hostile crowd it had ever seen.Therefore, when the opposition parties applied for a police permit for a procession to celebrate their success in the results of the general election, I was adamant against it because the police were convinced that this would lead to trouble.I informed Tun Razak about this and he seemed to agree. Now, without my knowledge and actually“behind my back,” there were certain political leaders in high positions who were working to force me to step down as a PM. I don’t want to go into details but if they had come to me and said so I would gladly have retired gracefully.Unfortunately, they were apparently scheming and trying to decide on the best way to force me to resign.The occasion came when the question of the police permit was to be approved.Tun Razak and Harun Idris, the MB of the state of Selangor, now felt that permission should be given knowing fully well that there was a likelihood of trouble. I suppose they felt that when this happened they could then demand my resignation.To this day I find it very hard to believe that Razak, whom I had known for so many years, would agree to work against me in this way. Actually, he was in my house as I was preparing to return to Kedah and I overhead him speaking to Harun over the phone saying that he would be willing to approve the permitwhen I left. I really could not believe what I was hearing and preferred to think it was about some other permit. In any case, as the Deputy Prime Minister in my absence from KL, he would be the Acting PMand would override my objection. Accordingly, when I was in my home in Kedah, I heard over the radio that the permit had been approved.It seems as though the expected trouble was anticipated and planned for by Harun and his UMNO Youth. After the humiliating insults hurled by the non-Malays, especially the Chinese, and after the seeming loss of Malay political power to them, they were clearly ready for some retaliatory action. After meeting in large numbers at Harun’s official residence in Jalan Raja Muda near Kampong Bahru and hearing inflammatory speeches by Harun and other leaders, they prepared themselves by tying ribbon strips on their foreheads and set out to kill Chinese. The first hapless victims were two of them in a van opposite Harun’s house who were innocently watching the large gathering. Little did they know that they would be killed on the spot.The rest is history. I am sorry but I must end this discussion now because it really pains me as the Father of Merdeka to have to relive those terrible moments. I have often wondered why God made me live long enough to have witnessed my beloved Malays and Chinese citizens killing each other.”

Now, I don't know if this letter from the Tunku is real or not but it also raises some other questions...

b)     Is Khairy calling the Tunku a liar because he (Khairy) knows exactly what happened? Everyone also knows who was responsible ma.