The Hermit of Langgak Golf by Sakmongkol AK47


The Hermit of Langgak Golf 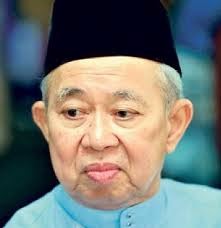 
History will be unkind to people like Tengku Razaleigh. Those who have grown up with him and witness what the country has become, will judge Tengku Razaleigh harshly for choosing to sit idly by, living out his life as a political hermit at Langgak Golf.

This treatment contrasts unfavourably with the contributions this man has made to Malaysia. His good deeds to UMNO seem to have been forgotten by the present greedy leadership of UMNO. Many of the assets which UMNO now has were either transferred or were given free to UMNO by Tengku Razaleigh.

He has served as an important cabinet minister since the days of Tun Razak. He was the economic czar at one time. He was responsible for creating and starting many of the institutions that were supposed to help advance Malays economically. Bank Islam, Bank Bumiputera, Pernas, PETRONAS, and many more.  The paper for the setting up of Universiti Islam Antara bangsa was given to him and he later gave it to Anwar Ibrahim to make a splash of an announcement. Of course Anwar claimed credit for thinking and setting up of UIA.

As we celebrated 40 years of ties with China, not many people know that it was Tengku Razaleigh who actually paved the way for Malaysia –China relations.

At this 40th anniversary, the PM who once served as assistant to Tengku Razaleigh has chosen to forget the man responsible for opening up China before Tun Razak went to China. A few years ago, the Chinese government sought to buy back a painting given to Tengku Razaleigh by Zhou En Lai- China’s grew eminence.

He is now the longest serving MP. In Parliament, he sits with 2 others who are also veteran MPs. But he sits as a forlorn figure watching the country deteriorate being mauled by greedy BN leadership. He has watched as the history of our country unfolds from a less anxiety-ridden country and where the was relatively racial harmony and religious tolerance to an anxiety ridden country with racial and religious tensions.

And history will judge him unkindly because as a person who is capable of doing something such as providing a much needed leadership righting the many wrongs done to this country, he has stood like a hermit and allow this country plunge into a mess and quagmire.

He is probably in the last leg as a serving MP. He was cheated once at being a PM for this country. He took a band of dedicated politicians and formed Semangat 46 to wrest power from Mahathir. Having lost and making peace with Mahathir and disbanding Semangat 46, he has retreated almost hermit like at his residence at Langgak Golf licking his wounded pride. Once in a while, he will create some noises only audible however to a few conscientious fellows. Meanwhile, the country as a whole is plunging deeper into an abyss.
This country is in a mess. The much touted transformation plan has hardly transformed the economy and the politics of the country. The only transformational effects to be felt in the kampongs and villages are the various money hand-outs most notably BR1M. Najib in on TV almost every night preaching BR1M like it is a godsend transmitted by God’s emissaries in the form of BN politicians.

History will ask- when all these things took place, where was Tengku Razaleigh and what has he done?