UMNO has reasons to fear DAP! 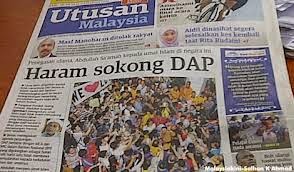 There is a fear bordering on hysteria within UMNO who sees the rise and rise of DAP as a threat not only to the  political dominance of UMNO in Malaysia but more critical (so says UMNO!), DAP poses a threat to the survival of the Malays and to Islam! Why does UMNO think DAP to be such a threat?

The march by DAP towards political relevance has been steady and relentless.

They are through and efficient in doing what they have to do to achieve their stated matalamat - that of being in government in Putrajaya representing all Malaysians.

The threats from their troops of wanting the spoils of political power are minimal and managed within the four walls of their political entity.

From their humble beginnings in Melaka and through various ISA stints of Guan Eng, the late great Karpal and Kit Siang, DAP have thrived.

They are now entrenched in Penang. And from their bastion in Penang, in the shadows of Fort Cornwallis, they have gone into Sarawak and Sabah, probed tentatively into Johor and by default, taken over Anwar’s and PKR’s role as leader of the Pakatan Rakyat coalition because of their focus on the “cakap serupa bikin” methodology of doing politics.

DAP has yet to look overtly at the Indians but you can be rest assured that something is being done in preparation for the coming of 14th general election.

That in a nutshell is what DAP has made of itself....and all done with a nuance of a political party whose leaders have bide their time through their ISA incacerations and many years in the political wilderness for this moment when by dint of hard word, diligence and a rare focus on the want's and need's of a restless population, DAP have offered themselves to be the solution to what many Malaysians  have aspired for so long a time - a true Malaysian political  alternative to the UMNO led Barisan Nasional.

Whether DAP is "true Malaysian political alternative" to the UMNO led Barisan Nasional or merely a mirage, a figment of our imagination, a well contrived political sham or the real deal is moot but UMNO is spooked!

Is DAP ready to take on UMNO – or to be more precise, will UMNO be able to stemmed the relentless advance of DAP towards 1 Malaysian politics and Putrajaya?

The 14th general election will see DAP and UMNO lead their respective coalition into an election that will determine the political future of our nation for the foreseeable future.

There is now within UMNO the political will to make Barisan Nasional whole again -  what it was two decades ago when all the component parties within BN had their role to play in ensuring their political dominance survives race, religion and political adversities and adversaries.

What has added to the dynamics is the political clout wielded by Sabah and Sarawak and, of course, the rise and rise of DAP as a political force not to be ignored.

Can DAP convince the Malays that DAP will take in the Malays not just because the Malays bring with them numbers that will ensure electoral victor but that they do so because DAP intends to be what it is not now - a party for all?

Can DAP forged a real political union between them and PAS without Hudud getting in the way?

And how will Anwar and PKR fit into the equation?

These are challenges that Kit Siang and his cohorts will relish. 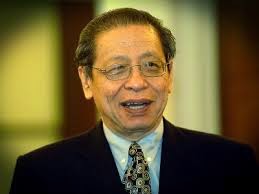 There are no country bumpkin within DAP. There are many in UMNO and Barisan Nasional. 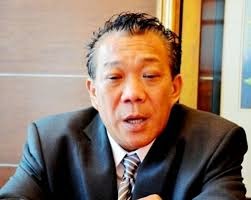 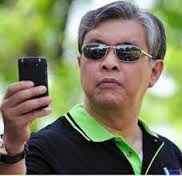 While DAP may go from strength to strength politically, there is the real danger that PAS and PKR will see that strength as a threat to its own power base derived from the very Malays that DAP are now eagerly courting. Politics is the art of the impossible and the promise of taking government in Putrajaya may just hold the Pakatan Rakyat coalition together at least until they are actually in Putrajaya. What comes after that will be interesting to say the least.

Are there enough sense and sensibilities within UMNO to understand that UMNO, as there are now, cannot expect many Malays to stay on side what more attract new converts?

UMNO has no sense of direction or destiny. It does not seem to understand that UMNO today lurches from one crisis to another, from one failure to another and it no longer has the ability to do what the people wants it to do - good governance. The Rakyat wants no part of the UMNO that UMNO has become : Corrupt, arrogant and too enamoured with the acquisition of material wealth for its own selfish consumption.

As we moved towards the 14th general election DAP will become more Malaysian and UMNO will certainly regain the political will to do battle with DAP on its own terms for these two political entities are essentially prolific survivors of political skirmishes that would have felled any other political entities with the possible exception of PAS.

What will decide the outcome of this 14th general election is not for anyone to say - but it will be one to watch....for now I know that UMNO fears for DAP are real and justified!