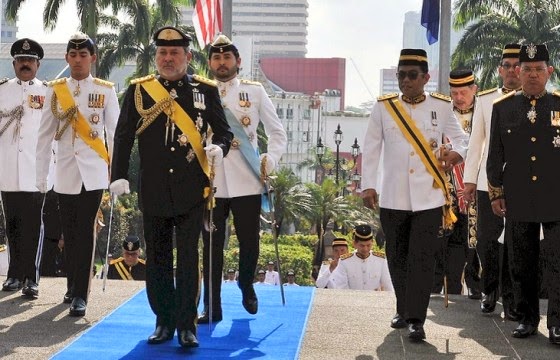 This Johor Sultan will be having executive power or will be directly involved in the administration of the state government once the Johor Property and Housing Commission (JPHC) Enactment 2014 ("Johor Bill") is approved?

Why don't he just concentrate on his ronda ronda around Johor on his motorcycle and meet his subjects "who love him dearly!". Or better still go look after his 300 cars! One car a day and that will keep him occupied for almost the whole year...he can use the rest of the year for his "charity" rides to the kampongs!

I would really like to know what are the medals he has pinned on his admiral uniform ...reminds me of Idi Amin or some other Tin Pot Alley African Despot or Dictator who got a tailor all the way from Savile Row (at the people's expense!) so that they can get a reasonably good uniform to parade around in public....aiyah and white gloves too! Where got road lah!

Well I guess that how he gets his kicks!

At least he is not going around punching people in the face like some Johor Sultans....or even killing them! We have not heard of him doing it so far. He has got to remember that in the age of the Internet anything he does will be in the public domain before you can say "Batang Berjuntai!"

For me all this pomp and splendor of so called Royalties in Malaysia are a bit boring lah! It is time for this Johor Sultan to understand that the only thing that is different between him and me is that he can afford to pay RM748,000 for a W1N number plate and RM520,000 for the WWW 1 number plate. This is what I have to pay for number plates in Melbourne!

But you still cannot lawan those North Korean Generals and their medals! 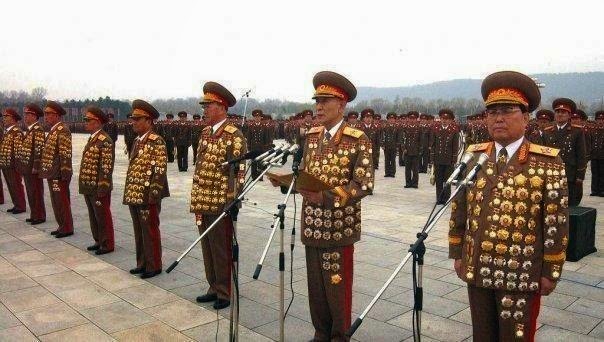