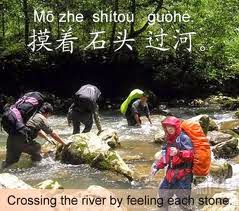 We are all in a bad place.

Barisan Nasional, Pakatan Rakyat, the Muslims and Christians and in fact all Malaysians know that the times that we now live in is not our finest hour.

The vast majority of our people do not want to know about, read about or get involve in politics on a daily basis or ever at all.

The vast majority of our people want to be left in peace to live the life that they have chosen for themselves.

And yet they all know that the good or bad of their future depends on what happens today.

Barisan Nasional knows that defeat in the 14th general election is a possibility and Pakatan Rakyat understands that maybe, just maybe, greatness will be thrust upon them by the people who wants change, and so they make ready for their time in Putrajaya.

Sabah and Sarawak know that this is the time for them to flex their now considerable political muscles in the face of Umno and now dare to talk about oil royalties, power sharing and the relevance of having Sabah and Sarawak in Malaysia in the times that we now live in.

The rakyat too are in a flux.

For Pakatan Rakyat supporters all the promises of finally reaching Putrajaya came to naught...and they came out of that GE bruised and battered and somewhat perplexed as to how victory was snatched from them even as the popular mandate came their way.

And so for everyone...the times that we now live in is a time of transition.

All that BN or Pakatan Rakyat had promised will happened after the 13th general election has gone the way of Apollo 13 -  the manned mission that NASA intended to land on the moon. Fifty-six hours and fourteen minutes into the flight came that message from Apollo 13 to Houston that is now forever etched in our mind "Houston we have a problem here."


And we have plenty of problems here in Malaysia. Apollo 13 eventually made it back to Earth...how will our nation fare?

How do we move forward?

Cross the river by feeling the stone....so says DENG Xiaoping!

Do we move forward with Pakatan Rakayat or Barisan Nasional? Who will lead us? Najib or Anwar? Is DAP's move towards Malaysianzation pragmatic? Would they not be more prudent to be for the Chinese what the MCA once was? What of PKR and PAS? Can religion and race alone sustain PAS at Federal level? Will there be a PKR after Anwar?

There are already rumblings from Sabah and Sarawak that will surely become louder as push comes to shove in the coming months. Every political entity worth their salt starts will discuss, debate and negotiate how they could "work" with these king makers of Malaysian politics.

The intensity generated by the Kajang and Teluk Intan by election is an indication of things to come. Thorough it all, the rakyat and the politicians are entering uncharted waters and unfamiliar waters.....quite like crossing an unknown river blind.

Not knowing if we will succeed or we will fail.....but we cannot stop mid stream or go back. We must move forward slowly and pragmatically....we need to cross the river by feeling the stones.

So think and ask yourself what you must do as an individual and as Malaysians.

Umno will remind you to work with proven success...you will have to decide if what UMNO has done so far for our country and for our people allows them to make that claim.

Pakatan Rakat have done a trial run in Penang, Selangor and Kelanatan - have their "reform efforts" earned them the right to serve in Putrajaya?

Politicians of all persuasion have had their time in office and we need to judge them by their deeds. As bad a place as our country is now in, the future is for us decide. We are all in unfamiliar territory - electorates and the elected...so go cross that river slowly by feeling the stones.