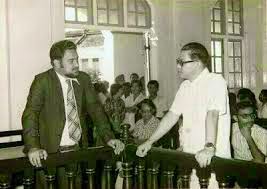 I am still in two minds about DAP. One part of my mind tells me that once the Chinese put their mind to do politics they get better at it day by day. The other part of my mind questions whether this auger’s well for a Malaysia that is now politically dominated by the Malays. One does not compliment the other.

Within the Pakatan Rakyat coalition an uneasy axis awaits resolution while balanced perilously between a PAS that wants Malaysia to be an Islamic country and those within DAP, whose rallying cry is secularism! PKR is doing a “NAJIB”…they will wait and see before committing itself to a stance that it perceives to be immediately politically advantageous to PKR....that and nothing else matters! 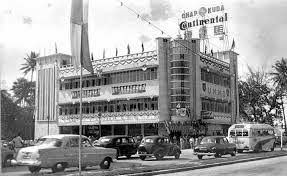 Within Barisan Nasional, Umno is that self appointed Malay champion in the Malay dominated political entity that has sworn to stand in the way of DAP’s (read Chinese here) secular blasphemy that will forever condemn the Malay race to the abyss of irrelevance, economic and certainly racial oblivion! So says Umno!

DAP and Umno emerge unquestionably as the “go to” party from both coalition if one is to hitch one’s fortune (financially and politically!) with any hope of success in the immediate or long term future.

All this makes for a robust political arena ready for the 14th general election due in …oh…. give or take.....3 to 4 years time.

DAP can only get better if it does not deviate from it’s oft repeated intent to be a Malaysian entity.

UMNO will first have to reclaim its vigor and it’s “oomph”  - both lacking in buckets load. Then it must get it’s act together to charge down the last furlong if it does not want  the 14th general election to be the year they are unceremoniously bundled out of Putrajaya.

DAP have not quiet got it’s act together in going down the “we are Malaysian” path. Maybe…just maybe…PKR and DAP should merge and in one swoop become that “we are Malaysian” entity. I am not going to insult PAS by suggesting they consider being part of this equation but it is time for Pakatan Rakyat to become a legal entity and find a place for PAS, DAP and PKR to mingle and mix within it. Whether they can or will do so is moot.

In essence we know that what Umno and DAP has said they will do and try to do is far from being done. …even as they know that time is running out…for saying is one thing…doing is another. Cakap bukan serupa bikin.

Of course it is not for a lack of trying!

Kit Siang with his Dyana in Teluk Intan and KJ with his apology for the recent fracas caused by his Pemuda boys on the DAP Hq….but all this is just silap mata! Candy to the eyes of the electorates and anybody else watching.

Until DAP or Umno gets real we shall continue to se these silap mata and eye candy being thrown our way every now and then….more now than then!

In reality, Lim Kit Siang has taken the de facto mantle of being leader in the Pakatan Rakyat coalition. Do not shush me up on this one…was it not Anwar who started all this de facto stuff?

In Umno nothing stirs. No de facto leader emerging yet. Nobody prepared to take Umno by the scruff of its neck and shake it all about to rid it of the lice and parasites hibernating amongst the hair on its head. So we wait.

While we wait our people, our country, our economy, our pride at being Malaysian and our very existence are being threatened by an inept government unable to see beyond its nose and unwilling to govern beyond its own vested interest.

Who then will take us out of this malaise? I tell you that person has not been found yet. Certainly not Anwar not Najib.