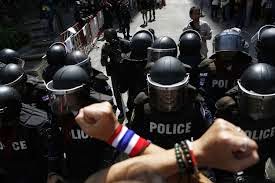 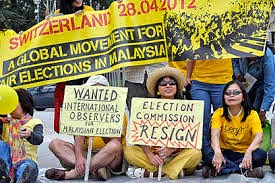 Orderly political succession is no longer possible. There will be no generational change of leaders within BN and Pakatan Rakyat because the prospect of our current leaders being held to account for leadership that has been used and abused for vested interest of self, families, cronies and party  politics are too incriminating to be left in the hands of others to adjudicate. 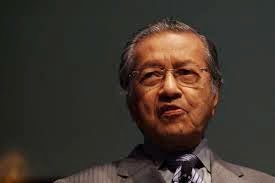 Tunku, Tun Razak, Tun Hussein Onn and Tun Dr.  Mahathir are comfortable with leaving their legacies while in power to be debated by us and ultimately by history. These were all ambitious men but their ambition is not for themselves but for our nation, our people and our future. These were not selfish ambitions that uses others as pawns for their own selfish ambitions. They were not surrounded by “Yes Men” who tells them what they want to hear nor will they do whatever it takes to cling to power. Always the nations comes first.

Not Pak Lah, not Najib, not the current leaders within Barisan Nasional and Pakatan Rakyat. They will leave office when they are thrown out by their own people and us and not a day sooner and certainly not an election earlier!

These leaders harbor ambitions of being Prime Minister but alas, lack the wither all and the fortitude for such an honor.  And like Macbeth they will rid themselves of anybody they perceive to be a threat to their own ambitions, and like Macbeth, they will ultimately find themselves alone and marginalized by very people who have gladly given their all to the same leaders not even a decade earlier!

This is how we are today.

Who can tell Anwar Ibrahim that his own vaulting ambition to be King would be better served if he was King Maker within his own party and within Pakatan Rakayat when, to him, PKR is him and he is PKR? Is not his wife the President and Nurrul, his daughter, the heir apparent?

And PAS is torn between religion and politics and never shall the twain meet.

Barisan Nasional bane is UMNO and UMNO’s bane is its President in whom UMNO has unwittingly consigned everything but the kitchen sink! Good when it’s President used those power for good rather than for evil, but bad when evil or the lack of political will to do what is needed for King, Country and Party succumbs to personal ambitions.

Unfortunately for all of us the task of ridding themselves of these “ambitious” leaders who lacks the ability to surmount their personal ambitions for the more sublime need to put King, country and the Rakyat before themselves, is painfully slow. But for these leaders they know that time will be the death of their own selfish ambitions because time invariably demands.

But when all is done, you can be sure that we will go to the 14th general election with the next generation of leaders for Barisan Nasional and Pakatan Rakayat firmly in control of our future even as they jostle amongst themselves on the road to Putrajaya. For whomsoever will be elected to form federal government will surely no longer be from the riff -  raffs that we have today. Our future lies with the young who have still to understand what race, religion and politics is all about. We can only try to leave them a Malaysia better than the one we found ourselves in....if we do not then would not our life have been in vain? 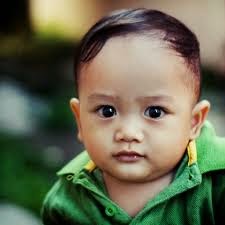 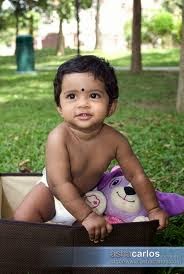 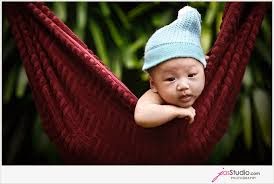