Accidents too can be be made into a racial incident? 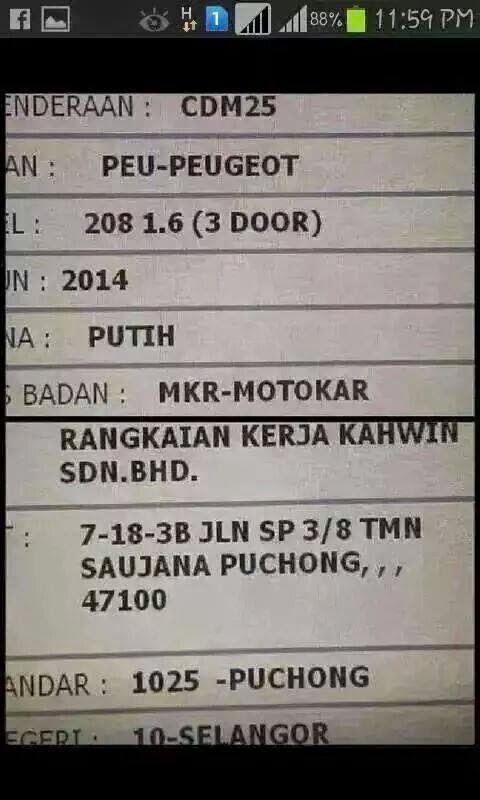 As a Warga Mas myself...Kudos to the old man for upholding the good name of other Warga Mas.

Now everything that happens to us can be made into a "racial " thing.

Many of you are looking at the incident as being one where an old Chinese man had an accident with a young Muslim women wearing a tudung....and the Malay girl thinks that she can get sympathy from others around her by playing up the race angle.,,,and if the accident happened during Ramadan there will be enough people out there questioning if Ramadan does any good if there are Muslim girls behaving this way...and the list goes on.

Why don't we all see if for what it really is....a minor accident between an over excited young lady and a cool old man who has seen enough of life to know how to handle the situation.

I am sure after all is said and done the two of them will get together. The girl will apologize for losing her cool and the old man, if he is at fault, will pay for the damage. Habis cerita.

P.S...and please stop these kind of posting ...because it does not help anybody...least of all your father:..if that really was your father that was involved in the accident. 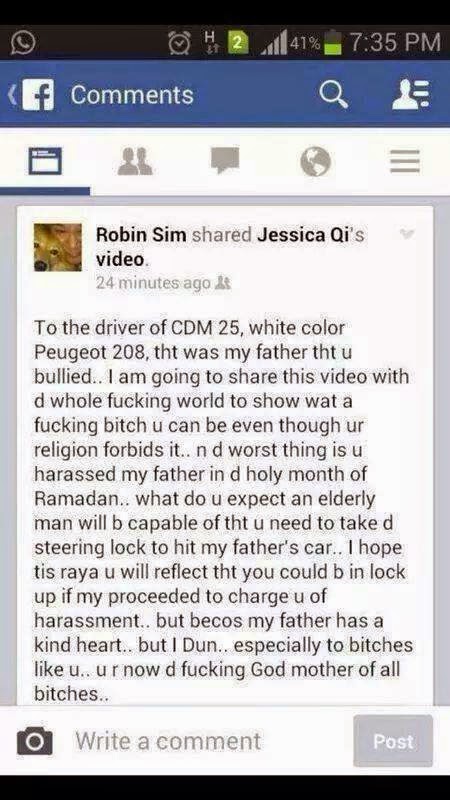 And for those who do want to add their 5 cents worth to this incident I suggest you think before you post...as the comment below can be construed to be of the sexual kind....