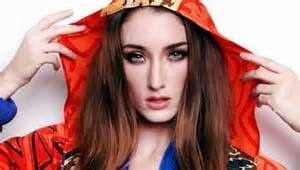 An interesting tale seems to be unfolding in Johore...at Pulau Rawa to be exact. Forget close proximity of the Khalwat kind because Jawi can never make it stick when royalty or the VIPS are screwing around.

Forget that it is Ramadan...again for royalties and the VIPS, drinking and fornication during Ramadan is the done thing....forbidden fruits and all those kind of stuff....and Jawi have got their hands full going after Muslim restaurants selling food before 3pm.

What seems to be unfolding in Johor is what the Johor Royal family are quite familiar with....murder! Murder of a 29-year old Estonian model Regina Soosalu. Let us wait for further news.....and with the assist of the world press, Pulau Rawa will soon have more exposure than what the Johore Royal family would want.

Regina Soosalu, 23, was found dead on a beach on Rawa island
An Estonian model linked to Malaysian royal family has been found dead on the same group of islands where a British traveller died in mysterious circumstances a month earlier
Regina Soosalu, who uses just her surname, was found dead on a beach on Rawa island, off the south east coast of Malaysia, 20 miles from Tioman island where the body of Gareth Huntley, 34, from Cricklewood, North London, was found floating in a pond in June.
Hasnan Hassan, head of crime investigations in southern Johor state, told AFP seven people had been arrested so far for questioning over her death but declined to comment further.
Pathologists are now trying to establish how 23-year-old Soosalu died after she had set out from a resort for a stroll along the beach on July 1.
She was initially believed to have drowned – but police said on Wednesday they had found wounds on her body and were investigating the case as murder.
The island group, a popular destination for British tourists, is gaining a reputation as a dangerous place to be, particular following the murder of a French holidaymaker, Stephanie Foray, ,30, whose partially mummified remains were found buried in a cave on Tioman island in 2011.
Just this week, 39-year-old Asni Omar was sentenced to be hanged for her murder.
In May 2011 a group of foreign visitors were involved in a bloody brawl with bodyguards who accused them of interfering with a powerboat belonging to the Sultan of Johar on Rawa Island.
In 2005 a member of the Johor royal family was taken in for questioning after a Brazilian couple’s wedding was gatecrashed, resulting in a brawl, on Rawa Island.

Pathologists are now trying to establish how Soosalu died after she had set out from a resort for a stroll along the beach on July 1. The model, whose face has been seen on the covers of numerous international magazines, was the girlfriend of Alang Reza Ibrahim, the son of the former Sultan of Johor

Gareth Huntley, 34, from London, was found dead last month in Malaysia
Now police have descended once again on Rawa as they investigate the murder of model Soosalu, a crime that has sent shock waves through the international fashion industry.
The reported ‘strong and independent’ model, whose face has been seen on the covers of numerous international magazines, was the girlfriend of Alang Reza Ibrahim, the son of the former Sultan of Johor.
The Star newspaper of Malaysia reported today that until Tuesday this week Alang had remained silent about his girlfriend’s death until he wrote on Facebook about ‘the worst tragedy’ of his life.
Saying that he was heartbroken, he wrote: ‘Regina my love has passed away on July 1, in the holy month of Ramadan.
‘She is my love, my best friend and will continue to be my inspiration for the rest of my life.
‘Her heart was filled with greatness, love, compassion, for all beings and life itself.’
Senior Assistant Commissioner of Hasnan Hassan of Johor CID told The Star that six suspects had been brought in for questioning. Asked if her boyfriend had been called in as well, Mr Hasnan told the paper that police had ‘yet to bring him in’.
A close friend of Soosalu, who asked not to be named, said: ‘She was considered as one of the top models in our industry and made a name for herself through sheer hard work. Soosalu was the best among us.’
Another friend said: ‘She was a star in the scene and her death is a loss to the industry.’