Najib let us make a deal on the World Cup final...boleh tidak? 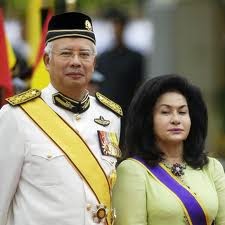 Before any of you start making fun of Najib's analogy of football and government....you should give him some credit for having the brains to see beyond what we see because to his mind eye, the way BN governs is so much like the game of football as it is sometimes played by unscrupulous players and officials of this wonderful world game.

Najib is not just talking about Brazil's 7-1 loss to  Germany....he is talking about the similarities between football and government.


Where is the next world cup going to be held? Qatar! How did they get the honor for that? Under the counter payment ma!

"Mohammed bin Hammam, a former soccer executive from Qatar, paid more than $5 million to influence officials before tournament voting in 2010, the U.K.’s Sunday Times newspaper reported June 1. Bin Hammam declined to comment on the story, while Qatari organizers said he played no role in their bid and that they had the highest standard of ethics".

Sounds familiar? Remember that "I help you, you help me" offer of a a cheque in the millions of ringgits to resolve Rejang flood woes if the BN candidate Robert Lau, was voted in by the electorates?

Next we know that Madonna's hand of God is not kosher too in that match against England. Yes the referee gave Argentina a goal but upon closer inspection we know what really happened. ..like politics in BN....lots of money changes hand.....you get the results you want. That happened with that Deepak guy who is now quite, that former CJ who has been more than amply rewarded for "services rendered" to the BN government and of course many many other instances where BN got the results they wanted by rewarding those who did their bidding's with lots of money...OUR F@*KING MONEY!


What about all the "acting" to get fouls, free kicks or even penalties by divers and cheaters to get an unfair advantage over the other team?


Tell me how many times have the rakyat been lied to, cheated and had a front seat at the silap mata perpetrated by BN on us? All the "no stone unturned" investigation and inquiries made on the death of suspects in the custody of MACC, death of suspects in PDRM's custody, corruption investigation on prominent BN Ministers and politicians, numerous promises to stop corruption and the list goes on. All talk and no action! Like those divers and cheaters we know what BN has been doing all this time and are no longer fooled by their antics. Now do you get what Najib is talking about?

Mr Prime Minister Sir...let us make a deal...boleh tidak? This is our deal....may I suggest that this Sunday morning, you and me, together with million of others, just sit and watch Argentina and Germany play for the World Cup without bringing politics into the game. 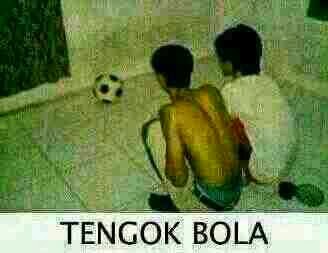 And then after the game, whoever wins, let us just take it for what it is....a welcome distraction from the rigours of life and the corruption and abuse of our people, our nation and our economy by your government for the past half a century ...and counting!

If you agree then  my promise to you is that whoever wins the World Cup, at least for today, I will not write anything about you or your wife (good or bad!) ...and I never fail to deliver on my promise! Boleh tidak?
Posted by STEADYAKU47 at Thursday, July 10, 2014