Let our people be no longer divided! 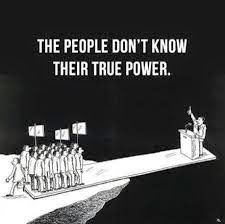 We are not going back to the time when Anwar Ibrahim was DPM.  We are not going back to the time when the IGP could and did pulverized that same DPM (then under PDRM's custody) into a wreck of a human being. Nor will we again want to have a Judiciary that will do the bidding of its political master. Those were the times when Mahathir could and did do as he pleases to persecute and prosecute anyone whom he perceives to have wronged him while rewarding those who followed his ways and did his bidding. Those days must be consigned into the "never to be repeated" abyss, and if we can help it, never to return to blight our nation's dignity ever again.

What the Malays want today is a champion that will forsake party politics for the common good of the Malays in particular and Malaysians in general. The Chinese, the Indians and those in Sabah and Sarawak too want the same things. Sabah and Sarawak now demand to be treated as equals as is their right under the Malaysian union they entered into, not as vassals or lackeys of any Federal government in Putrajaya. Nor do we want mischievous and irresponsible religious and racial pressure groups that champions only their religion and their race to the exclusion of others.

Our people have lost faith in the integrity of our political leaders of all persuasions. 50 years of BN rule have made if obvious that the separation of business and politics must not be through a revolving door that infers and at most times confirms that politicians are for sale.  Today almost every action of politicians is looked upon by the public as corrupt conduct likely to benefit their political party, their political cohorts if not themselves personally.

I would have thought that all this and more are abundantly clear to any leader that aspires to lead Malaysia today, tomorrow and into the future. I would have thought that by now enough have been said and done in the past two general elections to make any leader with any pretension to govern in Putrajaya to want to mould himself into a leader for all Malaysian and for all Malaysian States including, and especially, Sabah and Sarwak given the fact that they now hold the balance of power. And I would have hoped that the past misdeeds of BN's and Pakatan Rakyat leaders would have by now seen their removal from high office and the evolution of leaders within BN and Pakatan Rakyat that would reflect the demands of the current political realities aspired too by the Rakyat with the emphasis on accountability, responsibility and transparency - a forlorn hope given the state of politics today in our nation.

Even if Rome was not built in a day all our politicians have had enough time to know what good governance is all about - but they have not. Pakatan Rakyat started with a bang in the 12th general election but like BN, good governance is still a work in progress wafting forlornly on the horizon too far away to be within any one's grasp - and this is where it will stay because that is where these politicians want good governance to stay!

BN with UMNO as its linchpin has miserably failed to do anything but continue with its mantra that race, religion and the acquisition of material wealth by its appointed and elected leaders would be their first order of business in their government. This they have done and has continued to do with determination and religious fervor that would even shame a Jehovah Witness's out to spread the words of their Lord.  A transparent, responsible and accountable government under UMNO's stewardship today seems to be a bridge too far to cross.

Pakatan is similarly affected. The difference between the two is only a matter of degree and substance because circumstances and capability limits Pakatan's ability to do as BN has done for the past three scores years!

We are now reduced to making a choice as to which of the lesser evil we are to harness our horse to because, make no mistake, once we are harnessed to either wagon, we are the one who will be doing the pulling. Like the proverbial jackass or donkey that a farmer uses to grind the grain or pump water these are form of power long past its use by date! 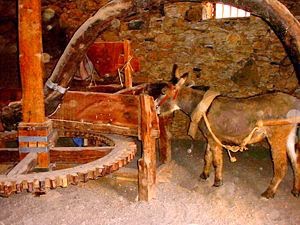 We are not donkeys nor are we jackass and we do not want our leaders to go round and round going nowhere while doing the business of government in a manner they are comfortable with but one we abhor!
So what are we to do?


No, not just you and me, but in all of us? Are we not our brother keepers? If they offend are we not offended by their actions? Or do we, more often than not, prone to defend the actions of those who offend because we have placed ourselves in the same boat as they are?


If you are in UMNO then Najib is your leader and if in Pakatan, then it is Anwar Ibrahim. And having put yourself in that lot you are sworn to defend and justify all that they do? Surely this does not hold these leaders accountable for their deeds when they offend -and they offend far too often to allow them to go unpunished. By all means stay in BN or Pakatan if that is where your political inclinations are...but question what your leaders do. Hold them accountable! Right is right and wrong is wrong no matter what your political inclinations are.

BN is not a perfect political coalition...nor is Pakatan Rakyat and neither coalition could lay claim to being one at the risks of being mocked by the other and by us. We must accept that political realities requires the existence of different political coalition to cater for our differing political beliefs and having made our alliances with one of the other, why not we now make them in the political image that we aspire them to be?


Both BN and Pakatan Rakyat are agreed that the future of Malaysia lies in the hands of its people. If we are honest with ourselves, both BN and Pakatan have, in some ways, failed  to honor that pledge. How and where they have failed is a matter of degree and substance but suffice to say that they both serve themselves first before they serve us.

Is it not time that those who support BN or Pakatan Rakyat remind them that the future of our nation really lies in our hands? That we are no longer amused by self serving politicians who abuse the trust we have placed in them when we elected them into high office? And if they will not do their duty to King, country and the Rakyat then we will be done with them?

We should cease and desists this divide between our people that are fueled by political divisions whether based on race, religion or ideologies. Let us give each other enough room to be different and yet engage in political discourse with one another for the purpose of understanding this divide and work towards changing our leaders to reflect better our ideals and our aspirations ...for in the end we all want to have the same thing - the opportunity to live live to the best of our ability and the means to do so!

This may be wishful thinking given the circumstances Malaysia now find itself in, but for me that was the reason I left Malaysia a long time ago....and if things were to change for the better, that will be the reason why I will return for despite what Melbourne has to offer for my soul and my personal needs and wants, hujan emas di negri orang, hujan batu di negri sendiri, lebih baik negri sendiri.

You politicians should stop asking how you can serve your party, your race or your God. Ask yourselves how you can serve us. The Rakyat should understand and accept that we all have our differences. Together we can rein in these politicians and start the process of bringing back dignity and respect back into our lives.