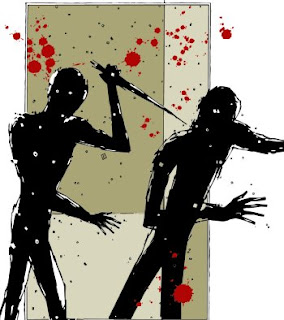 What is it with UMNO? Can they not understand the need for cohesiveness? The need to be seamless in their unity? No factionalization within itself and certainly nothing but total loyalty to its president if they are to have the trust of the Malays ever again?

But as always, SELF before Party! Always vested interest goes in the guise of forging a stronger UMNO,a stronger Malay presence and of course the need to cleanse UMNO and the Malays through another Islamic perspective – whatever that may be!

Always there is that Mahathir fellow holding a dagger to Najib’s and UMNO’s back. A dagger he is eager to use and has used in the past against Pak Lah. What does he care if in the process of thrusting the dagger into Pak Lah and now Najib’s back he has put UMNO and the Malays at a disadvantage? This Mahathir is indeed a man who sees no other interest but his. It sickens me to see this bitter old man insisting, nay demanding, like a spoilt child, to have his way again.

He uses people like Sukarno uses his women. To be discarded when he finds a new union. And those that he keeps he uses to satisfy his lust and needs. Even in his old age Sukarno still had to have Dewi Sukarno – she the being only 19 and he at 57. She now politely said to have then been “an entertainer” he The President of Indonesia.

What would it take for UMNO to understand that Mahathir is not good for UMNO. He has never been good for UMNO even in his time at the top of the pile during his term of office as Prime Minister and President of UMNO. We are now saddled and left with the rotting rubbish and crippling debts from his devastating (to our country but not to his cronies and children) years as Prime Minister.

Indeed Mahathir has left us many “legacies”…or should we say “tragedies?” Not only massive debts, corrupt politicians, nepotism and greed  - but he has single handedly brought into UMNO a culture by which UMNO leaders now discard any sense of loyalty to party and to their elected leader with ease because great wealth awaits those that do so. Great wealth that Mahathir has given to his children, his cronies and to UMNO's leaders  - wealth that he dispenses as if it was his own and not ours!

Always with Mahathir it is what he wants that matters. Not what UMNO wants or need. He wants his son to be in Cabinet. His son is in cabinet. Now what more does he want now and how will he have his way?

Just as Najib was beholden to Mahathir for helping him be Prime Minister way before his due date, Mahathir now dangles the same carrot in front of Muhyiddin.

If Muhyiddin is capable of rational thoughts he would see through Mahathir’s scheming within a heart beat and knows that in no time at all, the fate that befell Pak Lah and then Najib would also be his when his usefulness to Mahathir is over. But the thought of being Prime Minister of any country has been known to make people do wondrous things. Watch Muhyiddin and you will know what wondrous things he will do to be Prime Minister of Malaysia!

Najib you have a Judas by your side....and what he wants for his reward is more then the 30 pieces of silver that Judas had asked of the High Priest to deliver Jesus Christ into his hands. Seek him out and be rid of him before he rids UMNO of you.