Living is easy with your eyes close..John Lennon Strawberry Fields for ever 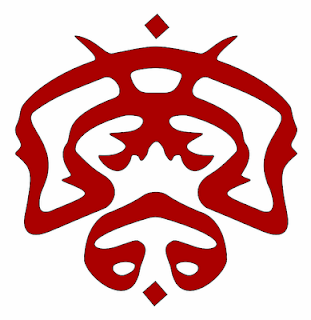 Dear God why did you make those UMNO guys so stupid? I tried to ignore them but their own media keeps printing their stupid statements over and over again.

First their numero uno (for those UMNO goons confused by my use of that term “numero uno”…it means that guy who is your first among equals…Najib lah!)…right!....ok lets start again....…First Najib comes up with his “faster then a bullet train”  parliamentary select committee on electoral reform which the other Din (Muhyiddin lah) tells Pakatan Rakyat is a sincere attempt by Najib to allow all parties to debate the current system.

Good! At least we now know that Najib is going into his “sincere” phase. So Pakatan Rakyat please no more suspicion…Najib is “sincere”.

Of course the next question Pakatan Rakayat is going to ask this other Din is this : “Was Najib not sincere in the things he said and do before this?”

See...…this Pakatan Rakyat always “kachau or cari lawan.”  There is this other Din standing there on the rostrum, hand on his heart (to show he is sincere!) and telling you guys that Najib is “sincere” and what does Pakatan Rakyat do?

Ask if Najib is “sincere” before.

Common sense will tell you that this other Din has already given you the answer if you listen carefully. Din has already said that Najib is now in his “sincere” phase…so it goes without saying that the sincere phase starts with this parliamentary select committee! Before this was Najib's  “insincere” phase!

Then I go to FMT and see this headline:

Now what happened to “sincere?” Has Najib gone “new age” and is now not only “sincere” but also “responsive” and “got nothing to hide."

This is getting confusing….and all the while in the background is that bloody fool Nazri Aziz. He keeps insisting that Bersih is illegal and that Bersih has not in any way caused the government to set up the PSC to look at electoral reforms! There is always a kaki sibok (busy body) trying to get a piece of the action…tompang! This Nazi Nazri - I repeat again in case you think that was a misprint - this Nazi Nazri is the very personification of that "sibok" syndrome. I alway allow myself a smile every time the image of Mahathir saying "BOOO" to Nazri crosses my mind.

Do what I do guys….watch all this from a Helicopter point of view…far away from the maddening crowd. This way you can make some sense of those idiots playing their life out in the theatre of life. Get too close and you will get lost in the helter skelter of all things UMNO. No beginning, no end. No right no left. No good only evil. No hope only despair. Money, power, arrogance…..Hell on Earth….Ramadhan or no Ramadhan…it does not make a difference! The show must go on!


p.s....aisehman somebody just pointed out that the ladies might be upset because I am always saying "you guys" and no "gals"....gender bias! I am almost 65....please ladies kasi jalan to this old man..."you guys" means everybody!...even Nazi Nazri!
Posted by STEADYAKU47 at Thursday, August 18, 2011