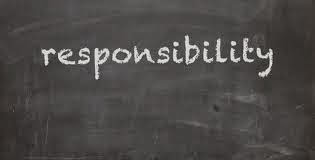 Do I feel any responsibility towards those who read what I write?

I ask myself that question every time I write.

I know that steadyaku47 is MY blog.  Many bloggers insists that they can and will write what they want on their blog and if you disagree or are offended…then vamoose! Sometime I am inclined to agree with that sentiment but it still does not prevent me from asking myself if what I post on my blog reflects not only what I feel but is fair and decent. I am mindful that my two grown up children may read what I write and so would my friends and acquaintances…so in a sense I do censure my own postings. And yesterday was one of those days when I debated with myself if I should post a joke that amuse me to no end. I did email it to K and he thought it was funny! So after sleeping on it I thought what has amused me should amuse you too…I hope…so here goes...with thanks to Adris Saari C75 MCKK 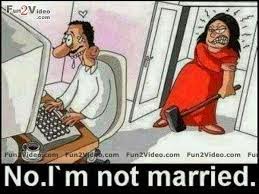 A woman who had just turned 50 was so proud that she looked younger than her age that she liked to ask people what they thought her age was.

She asked a few more people and got the same response. Until she met an old man in the park.
"I'm an old man", he said,"my eyes aren't that good, but I can tell a woman's age from her breasts. They can't lie to me."

The woman became curious, so she took him to a quiet part of the park and bared her breasts to him.
"Hmm...your complexion is a woman of 30 but your breasts says you're at least 40, or even 50. I'm not sure but if I touch them I can tell you" he said.
So she let him touched her breasts, and after groping for 15 minutes he declared "Yep, you're at least 50 years old. I'm not sure how much older, but if I feel your vagina I can tell you exactly. It can't lie to me."

That got the woman even more curious so she took his hands and put them in her panties. After groping for 15 minutes he declared "You are exactly 50 years old plus 2 days. Happy belated birthday to you, ma'am." The woman was amazed.

Then the old man whispered "But if I make love to a woman, I can even tell the exact time of her birth and which hospital she was born in."

That's it, thought the woman. It got her so curious, so the took the old man to a nearby hotel room where they made love for an hour. After which the old man declared "You were born at 10.30am in St. Regis Hospital on 16 March 1964."
Woww!! Damn accurate.

Just as the old man was leaving the woman asked him how he was so good at telling a woman's age and all that.
"Easy," said the old man. "I was behind you at McDonalds."