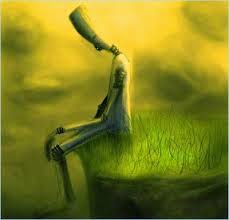 There are many amongst us who have had experiences that would truly amaze you if you would only stop and spend some time to listen to their life story. I have always liked to do just that at every opportunity I get because (in the words of Ettiene De Grellet) I shall pass through this world but once…and I shall not pass this way again. The stories I have heard  of the trials and tribulations of men and women in times of want, hardship, formidable challenges and against overwhelming odds are many but of the many tales that I have heard, what tugs most at my heart strings is the story of Ah Seng – a childhood friend of my late father. This is about Ah Seng.

While my father joined the police and worked his way up to retire as Director of CID  under Tun Haniff, Ah Seng stayed in his chosen profession – as a tradesman doing reuphostery for cars and whatever comes his way  – all his life. When they met these two childhood friends would converse in Malay – the pasar Malay that all Malaysians know enough of to get by in their business dealings and in communicating with anyone else. He calls my father Amit (short for Hamid) and my father returns the compliment by addressing him as Ah Seng. More often than not they both address each other with that honorific title of…“lu” short for ‘you’....I think.

At the start I did wonder why my father would choose to go to Ah Seng god forsaken place many miles outside KL when we have need to change or repair our car cushions or change my Father’s boat cushions but eventually I understood about the bond they have had from their younger days.

I have seen my father drop anything that he had to do and wait patiently for Ah Seng if he called to say that he was coming over to our house for a visit. And when he does the two of them would prefer to stand in the driveway and talk then to sit and chat over coffee in the living room – except when Hari Raya comes – then he will visit with his family and introduce all of them to all of us every year again and again.

Ah Sang (who was about my father's age) continued to work long after my father had retired. As I saw my father grow older Ah Sang still worked never slowed down and we still made that long journey outside KL when we had need of his services. He told us that he had to work to make sure that he had the money to educate his children and I remember him telling me that his youngest son was studying to be an accountant.

And then I went to live in Perth and I did not see Ah Sang for close to ten years. By then my father has passed away. When I got back to KL I was told that Ah Sang had bought my grandfather’s house in Kampong Kassipilay, Sentul.

One day I wanted my son to see where his great grandfather had lived in – a house that held many great and wonderful memories for me -  and that was a good excuse to meet up with Ah Seng and so we took that short drive from Tasik Titiwangsa to Sentul. When we arrived at the house I stood at the gate and saw him sitting on the verandah. I called out for him and it took a while for him to remember me…and then he let out a joyful…’Hussein!’

He came down to greet my son and me warmly…but I was taken back by his physical appearance. He was old…not only old but he was a shell of the Ah Seng that I used to know.
I could see that he remembered me but looked more at my son and wanted to know about my son more than anything else. My son spoke no Malay and so I had to translate.

After a while I asked if he still worked?

No he said, he is not working anymore. In his pasar Malay he tole me "Sudah tua la"...and  said that old age had finally caught up with him.

I told him that I have been away and that I came to say hello to him and to introduce my son to him. He was touched by my gesture and we talked a bit about my father…about how my father did help him to buy my grandfather's house....and then I asked him about his youngest son..the one studying to be an accountant.

For a moment Ah Sang looked away and was lost in his own thoughts…and when he looked back at me he blinked back tears. Ah Seng told me that his son did qualified as an accountant.……but he told me that his beloved son had died soon after he started work. 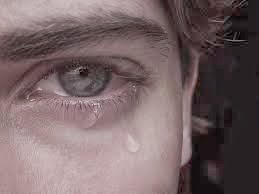 I did not ask when nor did I ask how because I could see that it pained him to talk about it. 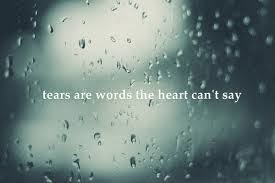 And then Ah Seng told me that even though he had worked all his life to provide for them that loss took whatever reason he might still have to continue working and he had stopped working…and for a man like Ah Seng, to stop working is to stop living.

It took a lot for me to hold my emotions together. Outwardly I was calm but my heart was racing and and I could fell it beating within me that it was hard for me to draw a breath. I clasped his hands and extended my condolences. He was a broken man – broken not because of the years of hard physical work that he did but broken because of the loss of a son for whom he had done all that work for, took everything away from him.

I went into the house to say goodbye to his wife and I left Ah Sang that day with a better understanding that when you know about what others have gone through in their life, then whatever trials and tribulations you have to face in your own life pales into insignificance when compared to what others have endured in theirs.

In the times that we now live in friendship like that of my father and Ah Seng would be hard to come by. Race, religion and politics would get in the way.

That was the Malaysia that I remember and yearn for because it is our people, regardless of their differences, that will make our society better and more decent.

There are still many Ah Sengs amongst the non-Malays and also many Malays who are like my father even in the times that we now live in. We must allow them to be friends. We must reach out and help people like Ah Seng to live their dreams and be there for them if they need our assist’s for sometimes we cannot manage things on our own.
It has been a while since I last met Ah Seng – close to a decade. I know that the possibility of us meeting again is long gone. I do not know if he is still lives…but this I know for sure….in the last conscious moments of his life, his thoughts will surely be of his youngest son …and I hope for a few moments…he will think of my father and of that day when I took my son to visit the house in Kampong Kassipilay where my grandfather once lived …the one that Ah Seng made his own after many many years of hard honest work!
Posted by STEADYAKU47 at Friday, March 21, 2014