1. I am amused by the remarks of a Minister that the refusal by 17,000 people in Ipoh to accept the BRIM handout is a mark of their maturity.
2. Actually quite a few people said to me that BRIM is bribe especially when given just before elections. It is the same as giving people placards to raise when you pass. It does not really reflect their feelings or sentiments. Those feelings are better expressed through the votes they cast. Their voting is what reflects their maturity. Of course their feelings may be expressed more crudely.
3. Failure to understand public sentiments would be disastrous for politicians. Self-delusion is even worse.
4. BRIM is costly for a Government facing deficits and shouldering huge debts. At RM500/- per person for 7 million people it would cost the Government 3.5 billion Ringgit. Increase that to RM1,200/- the cost would be 8.4 billion Ringgit. That is a lot of money. Yet there is still a lot of very poor people in the country. Do we really need BRIM. Even without BRIM there was good support by the people. If they do not support it must be because they are not happy with something, maybe even with BRIM. Find out what they are not happy with and you will know what you should do.
5. I am a supporter of the Government. I worked hard to help the party in the last election. But I must admit that I disagree with quite a few things the government is doing.
6. I will not say more.

steadyaku47 comment:
Short and sweet - Tun Mahathir's comment on BRIM. "that BRIM is a bribe"! and his other comment in the same article "Failure to understand public sentiments could be disastrous for politicians, Self-delusion is even worse".
'II bacio della morte' ...the kiss of death...that is the sign given by a mafioso boss or capo that a member of Mafia crime family has been marked for death. 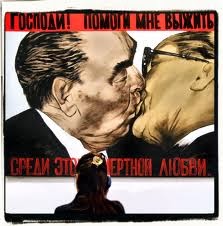 And Tun Dr Mahathir just gave Najib Tun Razak the Kiss of Death that will end Najib's political life in the next few months...give or take a few weeks.
You hear the Chinese taxi driver lecture you on how stupid he thinks Najib is despite getting his free tyres...he said he did say 'terima kasih' for the tyres but he will still vote DAP/Pakatan Rakyat because he knows that those tyres was just a bribe to get him to vote for Barisan Nasional/MCA
You listen to the poverty stricken Indian who does not have a cent to his name tells you that he gratefully acknowledged that BRIM have put food on the table so that his family will not go hungry for a while but he tells you that he will not vote for MIC because he knows the thieving Samy Velu is still raking in the money making deals in India and Bangladesh at his expense.
And the people in Sibu knows only too well what Najib Razak had promised them if they had voted for Barisan Nasional's Robert Lau and still they told him to go fly kites and gave victory to DAP's Wong Ho Leng.
Everyday and in every way, by the things he does in the name of government, Najib Tun Razak succeeds at making himself a comical Prime Minister clueless to the fact that he and Rosmah are the butt of jokes by so many of the rakyat he is leader of! All this Najib can ignore and carry on being President of Umno, and by default be Prime Minister of Malaysia, in as long as UMNO are stupid enough to have him be their leader.
But common sense will ultimately even touch those idiots in UMNO once they realize that Captain Najib and his Number Two Officer Rosmah, at the helm of their gravy train (also known as the good ship S.S. Umno), is no better than The Captain of the Costa Concordia! 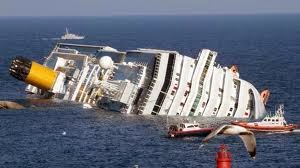 It will look like 2014 may be the year that Mahathir finally do something good for UMNO....and for us.
He failed Umno when he decided that he had had enough of Anwar's vaulting ambitions to take over from him as Prime Minister - he failed because Anwar as leader of Pakatan Rakyat is now the biggest threat to UMNO's future political survival.
He failed UMNO when he made Abdullah Badawi his deputy because Pak Lah made it possible for the people to start having a voice in dissent and by his release of Anwar Ibrahim, gave that dissent a leader. Bad for Umno but good for the people!
He failed UMNO again by ousting out Pak Lah and having him replaced by Najib - a blundering, bumbling, clueless and queen control President who went about merrily spending OUR money in the last general election but somehow still managed to lose the popular mandate from the people - truly a rude political awakening for Umno!
Sadly for Umno it takes a member who is four scores and almost ten years of age to do something about it. And he is doing so not for our national interests, not for the common good of the rakyat, not because the people dislike Najib and Rosmah as much as the Rumanian's disliked their dictator Ceausescu and his wife, but  Mahathir thinks that the  time is right for him to move against Najib because he thinks that Mukhriz is ready for his tryst with destiny.
Go for it Tun. For once I agree with you. Be afraid Najib...be very very afraid!