cakap cakap : This I think is the tragedy of Rosmah and Najib : two kuching kurap masquerading as lions!

The measure of an individual can only be known when their own fate hangs in the balance between life and death and by their own doing they inadvertently decide their own fate.

Anwar Ibrahim did not run away from his own folly when he could. He chose to face his Nemesis despite knowing that justice will not be served.

Mahathir for all his failings and abuse of his years as Prime Minister will debate you, me or any one else at a moments notice, secure in his own belief that he would be able to defend his action in the twenty two years that he was Prime Minister.

Like his father Rahman Talib, Fauzi Rahman too was man enough to give up political office if that was what it took to be a man and by so doing both father and son gained in stature as men of principles for whom clinging on to high political office at any costs was never a consideration no matter what the costs.

And then there is Zaid Ibrahim, Abdullah Badawi and a few others for whom doing the honorable thing is life itself. They cannot live with themselves if they do otherwise.

What Najib has done in the last few days by doing away with Muhyiddin and those he thinks would stab him in the back, says much about the man. He knows he is not an honorable man. He knows he is Prime Minister by default. He knows money not ability makes his position as president of Umno tenable and he knows he needs the position of prime minister much like those North Koren generals need the show of medals on their uniform to feed their ego and vanity. 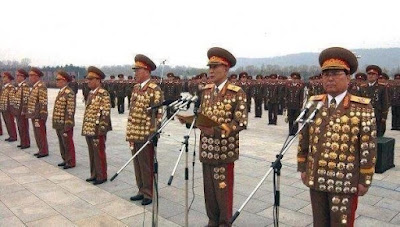 One Iron Cross from the Nazi era or the Victoria Cross would trump all the medals these generals vainly carry on their uniforms.

And so it is for Najib Razak.

For all the pomp and splendor that the office of Prime Minister accord him and his wife. For all the magnificence of that Seri Perdana Palace overlooking Putrajaya. For all the trappings and advantages that the office of prime minister offers him - golf with the president of the United States of America, private jet travel all over the world and with the largest PMO in our history  - Najib and Rosmah still know that they are only two individuals for whom respect is not given but bought, that their place amongst the rich and famous is undeserved for in their own right they belong to the genre of those "has been who never was", and when all is said and done what they fear most is the ignominy of being irrelevant and being of no consequence to the same people who are now fawning and catering to their every wish and command.

Inferiority is a burden carried by people who tries to live vicariously through the live of others they think are better than them.

A Hermes bag may be a thing of beauty and grace but it does not make you a graceful beauty unless you are  Victoria Beckham. 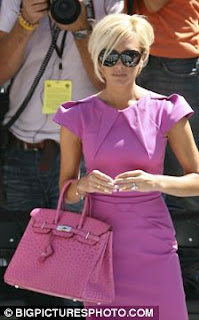 For Najib being Prime Minister does not make him the most respected man in Malaysia.The courage to stand by his convictions, honor and putting the welfare and interests of Malaysian before his own, does! Cakap mesti serupa bikin.

But for these two, nasi sudah jadi bubur. What they have done in their lives and to their lives from the time they were screwing each other while married to different people to what has happened in these last few days when Najib dismissed Muhyiddin as his deputy, serves only to confirm to many Malaysians that family pedigree, high public office and insane wealth will still not elevate a minah current and mat spanner to the level they may aspire to reach. This I think is the tragedy of Rosmah and Najib : two kuching kurap masquerading as lions! 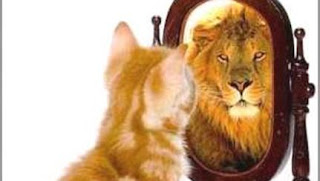 Many would have scant pity for the predicament these two now find themselves in.
Najib has done away with Muhyiddin and now have in his place, Zahid Hamidi - a vain, ambitious and determined man who have time and time again made himself into the individual necessary to climb upwards and upwards towards the position that Najib now has - that of being president of Umno and Prime Minister of Malaysia.How long he will allow Najib to stand in his way to that position is moot.

Is Zahid ready to assume the presidency of Umno? For sure he has been ready from the time he was elevated to be a VP with the most votes. The question for Zahid to ponder now is how long Zahid will wait. How long will Zahid wait for a lame duck Najib to leave? How long will Zahid continue to say "Yes Sir Yes Sir Three Bags Full Sir" to Najib before he tires of the charade? And what can Najib do to about it?

My thoughts on these are as good as yours. Suffice for me to say that I will look forward with more that a passing interest as Najib fights his last fight with his back against the proverbial wall of an Umno who already knows who will be their next King - a king anointed by Najib himself!

As I have said in the first line of this article : The measure of an individual can only be known when their own fate hangs in the balance between life and death and by their own doing they inadvertently decide their own fate.

Now who in their right mind would appoint their own executioner but Najib?