YES ! We Shoot Messengers in Malaysia! 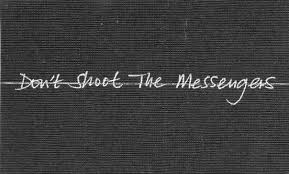 IGP: We will probe how WSJ got documents 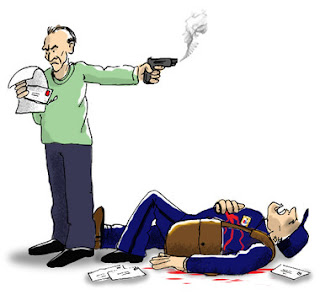 PETALING JAYA: Police will investigate how The Wall Street Journal got hold of secret banking documents in its articles on the alleged transfer of 1Malaysia Development Bhd funds to the bank accounts of Prime Minister Datuk Seri Najib Tun Razak.

Inspector General of Police Tan Sri Khalid Abu Bakar said the probe would cover everyone, including bank officers and even Bank Negara Malaysia.

"We will also investigate The Wall Street Journal with regards to the leak of confidential banking documents," he told reporters after launching Ops Selamat here on Wednesday.

"Such action is tantamount to economic sabotage," he added.


Police will investigate the leak of banking information under Section 4 of the Computer Crimes Act 1997 for disclosing information involving 1MDB and the prime minister.
An article in WSJ claimed that US700mil (RM2.7bil) was transferred to Najib's personal bank accounts just before the 2013 general election.
Posted by STEADYAKU47 at Thursday, July 09, 2015