When Pak Yong left, I moved into a bachelor’s digs. The occupants of the house was Akil, a Customs Officer and Sha’ari, an accountant. I saw their advert “room for rent” in the newspapers. They were ok guys and party goers. Parties were the in thing then in JB. Almost every other weekend there would be gathering. There were the nurses’ hostel and teachers training colleges in and around JB. I tagged along on occasions. 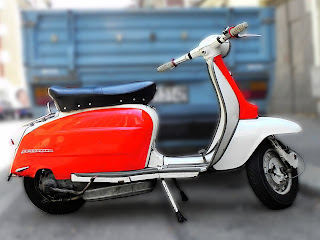 But I preferred the company of my office colleagues and friends. We were more of the Scooters, Lambrettas and kapcai fraternity. Our favorite haunt was the top floor of the Wah Toh Inn. That was the open sky, Joget lambak place. The girls or joget ladies were mostly from Singapore. In the late evenings, our group of ‘hero kampong’, decked in our finery's and mufflers would spend the better part of the night up the top floor, ogling at the ladies. The rate was about 60sen a dance. It was scampering time to get your favorite dancer.

Pop Yeh Yeh as at its peak. My mates were Fahmi (with whom I still keep in touch whenever I am in JB), and Yem Chengkrik (who sadly died in an accident many years ago). We attended most of the Pop concerts held at the Jubli Intan in JB. And we usually make our way to the artists exit to get a closer look at Rafeah Buang or Sanisah Huri when they left at the end of the concert. Yem thought he was the real deal. He referred himself as the Hindi hero of the day, Shashi Kapoor or Dev Anand. For that matter, I too thought I was the guy those Pop Yeh Yeh girls fancied, when in reality, they didn’t give a hoot nor even know we existed. That was the thrill. We were no sophisticated high flyer's, just young guys having fun. At the end of the day, we had a good laugh at ourselves. 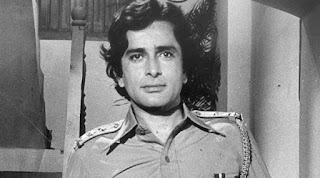 During this time, Uhh or Razalli (Tok Besar’s son), a Police Inspector, was transferred from KL to JB. He informed me and I was with him at his house in Imbi Road on the day he left for JB. We left for JB in his roadster, an MG. On the back bonnet, he loaded a cage with a honey bear inside. We drove all the way, open topped. He squatted with me, in my room, for two weeks before he moved to his accommodation at the police barracks. I had sleepless nights because Uhhh can really snore like a siren once he sleeps. And he goes off to dreamland as soon as he puts his head on his pillow. If my dear uncle happens to read this, I beg a thousand apologies.

But Uhh was also my savior. I met with an accident in Jalan Larkin. I was on my kapcai when I was hit by a bus. A lot of people talked about “out of the body” experience, especially when one was supposed to be dead but somehow managed to stay alive. At the moment of impact, I somehow realized that I was rolling into the roadside ditch. I just felt that rolling sensation and my mind was reliving past moments of my life, about my mother, places where I had been. It was just flashes. The time of impact to time of complete standstill was probably less than 10 seconds. But in those 10 seconds, there was so much I recalled. The next thing I knew, I woke up in the JB hospital. Only then, the aches and pain were felt. I managed to call Uhh and he came. After seeing that I was not seriously injured, he went off to the accident location and send my kapcai to the repairers, settled my report and basically took care of business. I was warded for a few days and he took the trouble to send me food in a mangkok tingkat each day when I was in hospital. When I was discharged, I was on medical leave for a week. He drove me back all the way to KL. Thanks bro.

I wanted to get a second hand car, after the accident. One day, Uhh informed me that he saw a car for sale at one of the petrol stations. The price was RM800. I went with him at night to take a look. It was a Ford Anglia (early 1950 model). 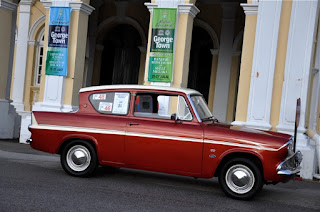 It looked great at night and I was like, ‘can’t wait to get my hands on it’. But 800 was a fortune and there was no way I could get my hands on that amount of cash on short notice. Uhh suggested we go to Singapore and ask a loan from Pak Otey, who was then the Ambassador to Singapore. I still cannot, to his day, for the life of me, agreed to succumb to his suggestion. I mean, I hardly talked to the man, Yes, his son Ahmad Jamal is A Okay, but Tan Sri Jamal Latiff is a different kettle of fish. He was gentle with his nieces but with his nephews, his term of endearments were usually kambing or lembu, but not in the derogatory sense. It was just his way of acknowledging us affectionately. There we were, sipping tea when Razalli said I wanted to ask him something. I felt like kicking Uhh. I braced myself and told him about the car and about the loan. Uhh was his cousin so I had someone to fall back upon in case of mayhem. But the man was cool. He inquired about the owner of the car and Uhh said he saw it at a petrol station. Pak Otey said it was not a wise deal, but he had a friend (Haji Mahadi, the actor) who wanted to sell his Volvo for RM2,000. He said he would call and inquire if the offer was still pending. My mind was going ballistic. Here I am talking about a princely 800 and now it has escalated to 2,000. After a while, we took our leave and I never got back to Pak Otey.

The urge to get the Ford Anglia was so intense that I finally found a way out. I was told that I could join the Agriculture Cooperative for a nominal sum and get an immediate loan. That was what I did and together with Uhh, paid the owner and was the proud owner of my first four-wheeler.