cakap cakap : Lester and Anwar Ibrahim : Nasa has confirmed that 9.5 years ago, brother Anwar Ibrahim was responsible for starting NASA's New Horizon's spacecraft on its momentous journey to Pluto. Is there anything that Anwar cannot do? 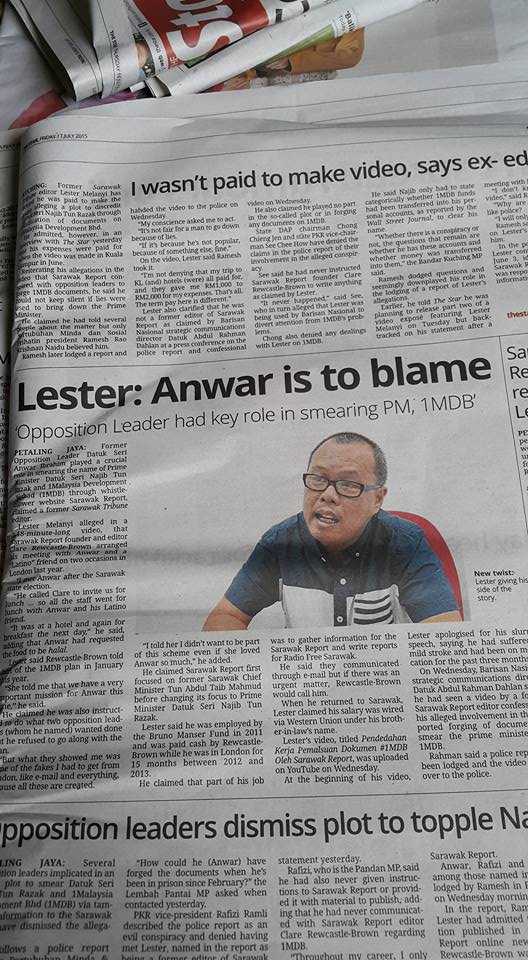 I saw the above posting in the FB of my MCKK schoolmate Mohd Yusoff Ramli and the following is my comment:

Hussein Abdul Hamid Brother Yusof right from the start I knew that our brother Anwar must be involved in this! And I am proven right! Did you also not know that our brother Anwar is also involved in 1MDB and that it was our brother Anwar again who persuaded Najib to give Razak Baginda the contract for the two submarines? And the two UTK operatives murdered Altantuya on the expressed orders of Anwar Ibrahim too. And who proposed that Tweet of an IGP's name to Najib - Anwar of course...and what Najib cannot really forgive our brother for doing to him most is to arrange for his marriage to FLOM.....is there no end to what Anwar Ibrahim can do? Nampaknya tidak!

Nasa has also confirmed that 9.5 years ago, brother Anwar Ibrahim was responsible for starting NASA's New Horizon's spacecraft on its momentous journey  to Pluto.

Now when will Anwar Ibrahim start using his Super Powers for good rather than for evil?