Things do not look too  good  for the good guys...that's you and me and anybody else who have yet to go over to the dark side.

Yes we had a win of sorts with this initiative by the US Justice Department to go after Red Granite, Riza Aziz, Jho Low and whoever else tied up with them but it will take years before the case finally winds up, though, there are already plus points for us.

The best one? Hermes, Tiffany and all those Brand Name shops will only sell stuff to Rosmah for cash. The other one is that Najib is now officially a Pariah internationally among his peers....and of course those hundreds and hundreds of millions of US dollars worth of real estate, paintings, (even a jet I hear) etc etc belonging to those named by the US Justice department are all frozen and out of their reach. And if it is out of their reach it is also out of the reach of Najib and Rosmah! Woo ha!

Apart from that ....it's business as usual for Najib and gang....pillaging and plundering to their hearts content while an opposition (Mahathir, Mahyuddin and gang included), in much disarray, has only make us ask "What if?".

What if Tok Guru, Karpal, Kit Siang and Anwar were around to rally the troops....but alas....they are not around except for Kit Siang...and there is just so much Kit SIang can do to being about change if all he has is DAP. 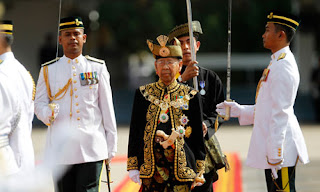 First, because there are only nine of them, I wish for the Sultans to flex their flabby and somewhat unused muscles and move against Najib...not Umno...just Najib! A word of advice Tuankus.....do not get too ambitious, do not rattle your sabres too loudly lest it wakes up the sleeping Umno giant that had once many years ago,moved against the Sultans to their detriment. And most important jangan minum air sambil menyelam.....i.e just focus on getting Najib out and nothing else. No talk about Johor leaving Malaysia, no talk about any increase in allowances or more business opportunities...just get Najib the hell out of Seri Perdana...with Rosmah of course!

All the Sultans and the Agong must act as one because Umno will divide and rule among them if Umno could. The nine Sultans together will be a formidable force...hopefully I hope, a force for good!

Then there is the ATM. Tabek Tuan! 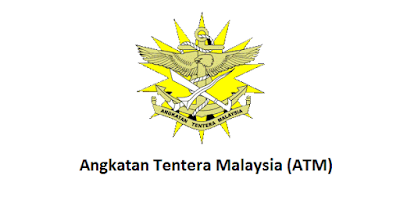 Angkatan Tentera Malaysia, especially the Army, can make or break Najib. Again not Umno......just Najib Razak. The Army commands much respect and reverence among many many Malaysians simply because they are seen to be above politics, above race and religion. When push comes to shove, will the Army tolerate a PM so corrupt that over seven countries, and counting, will be or are already officially investigating his money laundry activities and the scams he has perpetrated on the Malaysian people through 1MDB? I hope not!

In all our history the ARMY has always stayed above politics...maybe it is time the Generals consider what is best for the people and the future of Malaysia.

There you have it....if the Sultans and the Army moved against Najib, not even UMNO or any amount of money that Najib has in his bank, will be able to save him.

I rest my case!