Razak Baginda : When do you say enough?

This is all that is left of Altantuya! 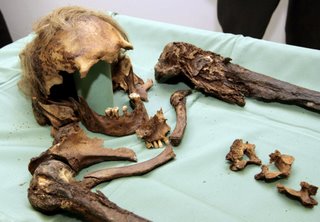 What of the Scorpene Submarines that Razak Baginda purchased on behalf of the Malaysian Goverment ?

(AFP) – Malaysia’s first submarine, a European-made Scorpene delivered last September, has developed problems that make it unfit for diving, Defence Minister Ahmad Zahid Hamidi said today. The KD Tunku Abdul Rahman sailed into a grand reception last year as the first of two commissioned from French contractor DCNS and Spain’s Navantia for a total of 3.4 billion ringgit. Named after the country’s first prime minister, it was hailed as an important acquisition despite opposition allegations of corruption in the deal. “The submarine can still dive but when we detected the defects, we were advised that it should not dive,” Zahid told reporters.

What about Balasubramaniam : the private eye hired by Razak Baginda to protect him and his family? 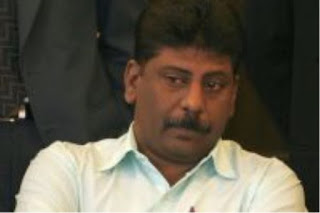 RAWANG: Former private investigator P. Balasubramaniam’s family is still in shock over his sudden death, especially since he passed away just hours after undergoing a medical check-up at a private hospital.

What about the murderers of Altantuya?

The Shah Alam High Court originally acquitted Abdul Razak Baginda and meted out the death sentence to two of the accused, Chief Inspector Azilah Hadri and Corporal Sirul Azhar Umar, on 9 April 2009, wrapping up the 159-day trial. On 23 August 2013, Sirul and Azilah were acquitted by the Court of Appeal, sparking controversy. On 13 January 2015, The Federal Court overturned the acquittal of both individuals, finding them both guilty of murder and sentenced both of them to death. However, Sirul fled to Australia and efforts by the Malaysian authorities to extradite him were hampered by existing Australian legislation prohibiting the extradition of individuals to countries with the death penalty.

What of Razak Baginda?

After his acquittal in the murder trial of Altantuyaa, Abdul Razak now lives in the United Kingdom all cashed up with " 30 million euro (RM137 million) for consultancy services in the Scorpene submarine deal that Abdul Razak Baginda admitted to receiving"

So Razak Baginda...have you not caused enough sufferings to the children and a family of Altantuya and to the other individuals and their families whose lives have irrevocably been changed for the worse by what you have done with yours? Is it not time you crawled under the tempurung and spare us all your despicable self?

It would seem not!

Razak Baginda is coming to Malaysia to talk about Democracy!

“Asked on the matter, Institute for Democracy and Economic Affairs (Ideas) chief executive officer Wan Saiful Wan Jan Malaysiakini that he will be speaking on the Malaysian democracy trend - how it has evolved over time.”

Which part of Democracy does this mongrel want to talk about? Yes I did call Razak Baginda a mongrel
1. mongrel dog; 2. despicable person;

How is Razak Baginda a despicable person?

Razak Baginda not only cheats on his wife and daughter but he had the audacity to do it on the world stage - cavorting in Europe with a Mongolian Mistress in a Red Ferrari for an extended period while compromising the security of our nation by doing it while on a mission to purchase sensitive defense equipment - namely the Scorpene Submarine - on behalf of our nation - he is not only an irresponsible bastard but is also a mongrel. And Razak Baginda has not only done all that but he now wants to come to Malaysia to talk about Trends in Democracy!


Razak acknowledged that he had met Altantuya in Hong Kong at the end of 2004, in Shanghai Kuala Lumpur and France in 2005 during their affair, which lasted about eight months.

Razak chronicled his love story with Altantunya, which he referred to her as Mina.

“I have given her money several times, US$10,000 three to four times or more. I stopped giving because I could not stand the harassment.”

Then when the UTK operatives were arrested, put on trial and then convicted Razak Baginda ran away to London to live on the spoils of his corrupt dealing with the Malaysian government led by his friend,  Najib Razak - and by doing so, Razak Baginda must surely be a triple mongrel.

And now after all that he is coming back to Malaysia to give a talk on Democracy...I have no words to describe this kind of mongrel anymore. It is beyond me!

What part of democracy does he want to talk about?

Is it about that part of democracy that allowed a guy, who is a friend of the prime minister, to make RM 500million for services rendered in the purchase of the Scorpene Submarine?

Is it that part of democracy that enables him to enjoy the company of a young Mongolian girl ...driving a red Ferrari through Europe on the way to purchase that submarine for our nation? Compromising the national security of our nation by his reckless behavior of mixing carnal pleasure with the purchase of sensitive defense equipment for our Nation!

Maybe it is that part of democracy that enable someone to instruct the two UTK operatives  to deal with that Mongolian lady who was making a "nuisance" of herself in front of Razak Baginda's house because Razak has not kept his part of the bargain to give her what ever it was that he had promised to give her.

Or was it that trial in a democratic nation that allowed the Judge to convict those two UTK operatives without wanting to know who instructed them to do so....the democracy that allows one of them to abscond to Australia and demand for RM17 million for his continued silence for the murder he initiated on Razak's Baginda's behalf?

Possibly it is the democracy that has enabled him to cheat on his wife and daughter by allowing him to have sexual relationship contrary to his duties as a Muslim?

Will he also talk about the leader of that democracy - Najib Razak - whom he called for helped when he was arrested and who responded by saying that he will talk to the IGP and see what he can do?

This is the transcript of SMS between Najib Razak and Shafee on this matter : Please click here for more :

The democracy that allows his to flee to London to enjoy the spoils of his corrupt ways from the sale of that Submarine.

And now we see the workings of the democracy that allows this mongrel to come back to Malaysia to give a talk about "DEMOCRACY"....surely a sickening liberty taken by a mongrel  for what reason?

To try and take his place back in this democracy?

To make more money in this democracy?

Let me tell this Razak Baginda what he should really do :

Go and meet face to face the father of Altantuya and explain to him the circumstances of his daughters passing.

Go meet Altantuya's children and take responsibility for their future by the only way you now can - provide for their financial needs as you were responsible for the death fo their mother - their source of income.

Take responsibility for Altantuya's murder and let her soul rest in peace.

Until you have done all this....get your mongrel and despicable self banished to any place else just as long as it is far far away from the place where you have caused misery to so many people! Ptui!

Email ThisBlogThis!Share to TwitterShare to FacebookShare to Pinterest
Labels: a mongrel, razak baginda