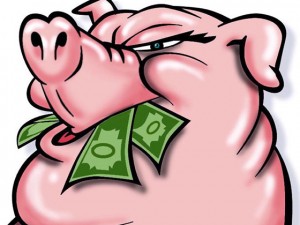 I am constantly surprised by the number of seemingly educated and "should know better" Malaysians who are prepared to stand up and be counted as one of those individuals or groups, that supports our embattled Najib Razak and the things that he does "in the name of government".

Let me remind you that this is the same Najib Razak with RM2.6 billion in his personal bank account. The Najib Razak that has earned that rare and most dubious of distinction of being labelled a "billionaire" prime minister....the same Najib Razak that has used 1MDB purely for his and his cohorts, financial advantage, to the tune of many many billions. And not to put to fine a point to all the scamming and lying that this prime minister has already done since he first took political office many decades ago...this is the same prime minister that has caused at least six foreign governments to begin investigations into his involvement in various money laundering activities vis a vis 1MDB and, as of yesterday, is the same prime minister directly responsible for the closing of  a Swiss Private Bank - Falcon, whose merchant bank status has been withdrawn by the Monetary Authority of Singapore as of this week for its links with 1MDB-related funds flow.

But then what else is new?

In 1932 the Nazis became the single largest party in the German Parliament and by 1933 Adolf Hitler became Chancellor of Germany....and we now know the consequences of that.

In 1975 the Khmer Rouge took Phnom Penh and Pol Pot  began his reign of Cambodia which ultimately to the death of 1.5 million Cambodians out of a population of 8 million by starvation, execution, disease or overwork.

In 1967, from an auspicious beginning of saving Sukarno from a communist plot, Suharto assumed full power and started a reign that saw him steal US$35 billion from Indonesia through corruption, collusion, and nepotism, the likes of which Indonesia has never seen before and is still trying to recover from.

In Malaysia since taking office as prime minister in 2009, Najib Razak is setting himself a notoriety that other Malaysian prime minister would be hard done by to emulate.

He has not as much of a global impact as Hitler did, but already the US Department of Justice, France, Singapore, Swiss and at least four other countries have formally begun judicial investigations into 1MDB and other matters that can be linked directly to Najib Razak questionable links to money laundering activities and corruption.

He has not killed as many of his own people as Pol Pot has but the murder of Altantuya, Kevin Morais, Hussain Najadi and a few others can be directly linked to Najib Razak.

Najib Razak has laid claim to being a Bugis Warrior but he certainly is no general like Suharto...but already he has surpassed that US35 billion attributed to Suharto's "spoils of political office" by many billions and counting.

So all things considered, why are there still Malaysians who are standing up to be counted as supporters of Najib Razak and what he does in the name of government?

Go ask these team of 21 lawyers whom I have just learned this morning, are providing their services "pro bono"...(percuma lah!)....for Najib Razak's own "berani mati" front line idiots! Well maybe "berani mati" is not the appropriate term to be used on a bunch of Red Shirts Malay Youths prepared to ride up and down the countryside on their motorcycles for RM30 a day - give or take RM10....but there are definitely idiots with the time of day to do so.....makes you wonder if they are "gainfully employed" by anybody else but Umno!

Anyway ...can there be 21Malay Lawyers who are prepared to provide their services "pro bono" to these Red Shirts in case they get themselves into legal strife?....like giving a flying kick in the back to a policeman?

Name them and we will see how many of them are Melayu Celup (Like that wannabe AG guy or that ex-car-salesman-now-Tabung Haji Chairman) and how many of these 21 are "loyar burok?"

If in doubt as to whether anyone of these 21 are "loyar burok" or not, plese refer to this : "Loyar Buruk Detector"

As for the spokesman of these "21 Lawyer makan dedak" group....I think we will just have to wait a few more days before some lurid details of his own personal life is put onto the public domain by someone not with Najib Razak, not with Umno and certainly not with the Red Shirts.