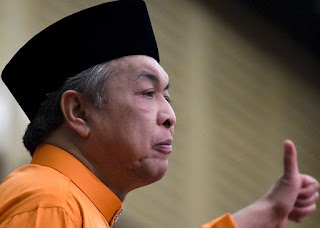 THE Malay world is among the vital elements in determining Islam's survival not only in the Asean region but across the world, says Deputy Prime Minister Ahmad Zahid Hamidi.


Regarding the Malay world as an invaluable asset, Zahid said the interrelationship between the Malay world and Islam started long ago with Malay being the lingua franca in spreading Islam in this region.
“In the view of (Syed Naquib) al-Attas, the choice of Malay language usage by the religious preachers was deliberate. This is because the nature and history of the Malay language that are almost similar to that of the Arabic language… hence chosen as the language to spread Islam through the Quran.
“This is the uniqueness of the Malays, retaining their identity through usage of the Malay language and Jawi script as these two elements make the Malays remain as ‘Malays’ and not becoming ‘Arabs’.”
steadyaku47 comment :

This Jawa reminds me of the katak underneath the tempurung! 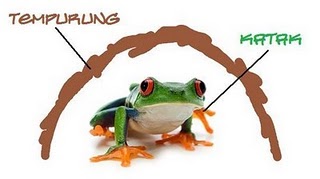 Where the hell does he gets the notion that the Malay world is vital for Islam's survival?

Was it after subuh prayers?

Or was it while having his morning tempeh with his nasi lemak when he was trying to figure out what else he can conjure up in the increasing desperate fight to ensure not only Umno's political survival...but more of concern to him, his own political survival as the date of reckoning for both, nears?

Idiots with their back against the wall will come up with all sorts of plan to get out of their quagmire. Umno idiots with their backs against the wall will go the whole ten yards and do what ever they have to do to save themselves. Umno idiots who think they will be the next president of Umno merankap perdana menteri Malaysia will move heaven and earth to keep their hope alive...and this Jawa is all of the above - an idiot, a member of umno and he thinks he will be the next president of umno and be prime minister of Malaysia all at the same time. So what do you think he will come up with?

This time it is "Malay world vital for Islam's survival".

That it is simply, an empty slogan bereft of any meaningful substance, does not matter to him. That what he says makes no sense to anyone else is par for the course...it is simply an umno politicians doing the usual  - making an ass of themselves in public. But there Zahid sits, all puffed up, arrogant and proud that he has come up with how important the Malay World is to Islam...and at the same time reminding us all that he will one day be leader of that Malay world! Ptui! 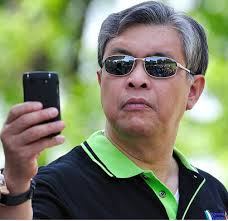 Let me tell Zahid how others look at him...and by others I mean the rest of the world outside PWTC...outside Bagan Datuk District and by those who are not dependent on him for dedak or any political patronage. Zahid, they know that politically your position is as stable as an egg balanced on a pin. Even without any movement from the pin, the egg may still fall if the prevailing winds are not kind. 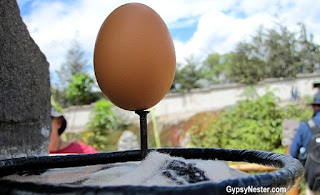 Until you are able to kick out Najib Razak, your position as DPM is entirely in the hands of Najib Razak...and with his cousin Hishamuddin lurking in your shadows, that does not augers well to your chances of staying where you now as number two to Najib. And like Jebat your salvation may well lies in your ability to go against the establishment....just make sure you will not have the same ending as Jebat.

Email ThisBlogThis!Share to TwitterShare to FacebookShare to Pinterest
Labels: islam and the malays, Zahid Hamidi