Terence Netto : Ops Lalang: To Apologise Or Not to Apologise, that is a Futile Exercise

http://www.malaysiakini.com
As a choice for the immediate future, Najib is execrable whereas Mahathir is merely reprehensible.–Terence Netto
COMMENT | The push to get Dr Mahathir Mohamad to apologise for Operasi Lalang is futile because it fundamentally misperceives his political persona.
He is a practitioner of Machiavellian craft. To a Machiavellian, admission of error or weakness is abjured because that is a sign of weakness.
As a national and transformative leader, Mahathir is one of the more successful deployers of Machiavellian political craft since Otto von Bismarck.
The ‘Iron Chancellor’ in the 19th century welded the Prussian principalities into a united German nation by dint of his skill at pushing for the attainment of his objectives through the tactic of restraining contending forces by manipulating their antagonism.
As Prime Minister over a 22-year span (1981-2003), Mahathir was skilled at destroying opponents in UMNO, mainly, as well as outside his party, by manipulating their weaknesses. 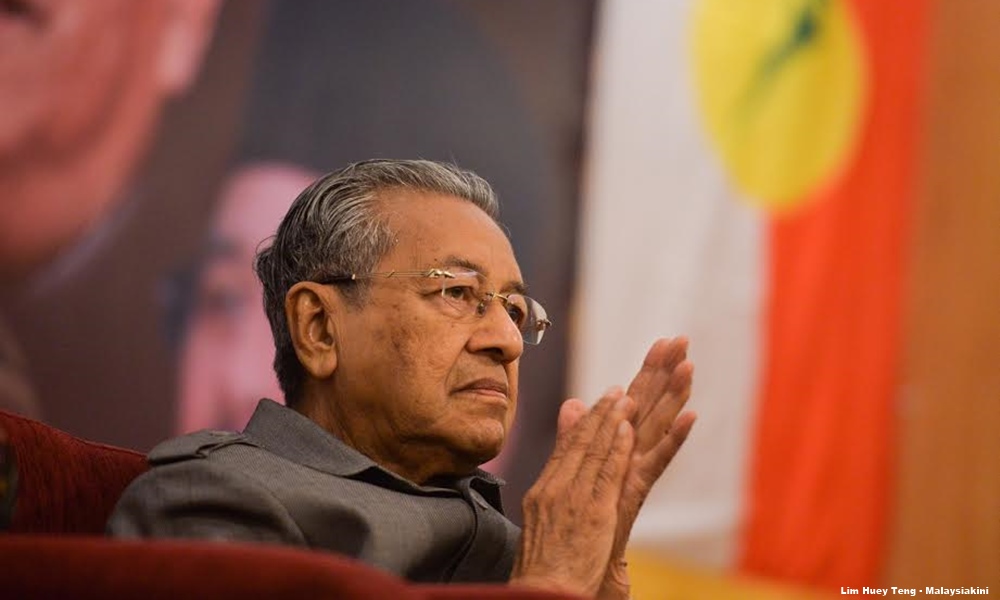 This skill had enabled him to stay in power over an extended period – too long for the health of a polity – to achieve his aim of transforming the country from a primary commodity producer to a manufacturing one.
It was a successful span, given that the economy grew and the middle class burgeoned, as that class must if a country is to climb out of Third World classification to a higher position in the global economic order.
Mahathir built up the country physically and emasculated it morally. The institutional life of the country petered out under his rule.
Mahathir won’t say he’s sorry for, as the then Home Minister, signing on in October 1987 to the detention of 106 political and social activists, several of whom are clamouring for an apology for grave wrongs from the current chairperson of the movement to depose Prime Minister Najib Abdul Razak.
Many think an apology for his misdeeds is imperative for Mahathir to begin to be credible as a reformer.
His detractors argue that sans an apology, he would be prone to replicate his wrongs, to borrow with a twist George Santayana’s famous aphorism that those who forget the past are condemned to repeat it.
True, the movement for political change in Malaysia suffers from discouraging, though not disabling, inauthenticity on account of Mahathir’s misdeeds.
Several of his transgressions against liberal democratic norms have been leveraged to the detriment of the Malaysian polity by its incumbent supremo, Najib.
But unless one regards voters in most democracies as apt to be faced with a selection between good and better, rather than what the philosopher Edmund Burke envisaged, as a choice between the undesirable and the intolerable, Mahathir’s misdeeds over his 22-year premiership (1981-2003) are not a fatal disqualification for the role of majordomo of the movement for political change in Malaysia.
As a choice for the immediate future, Najib is execrable whereas Mahathir is merely reprehensible. 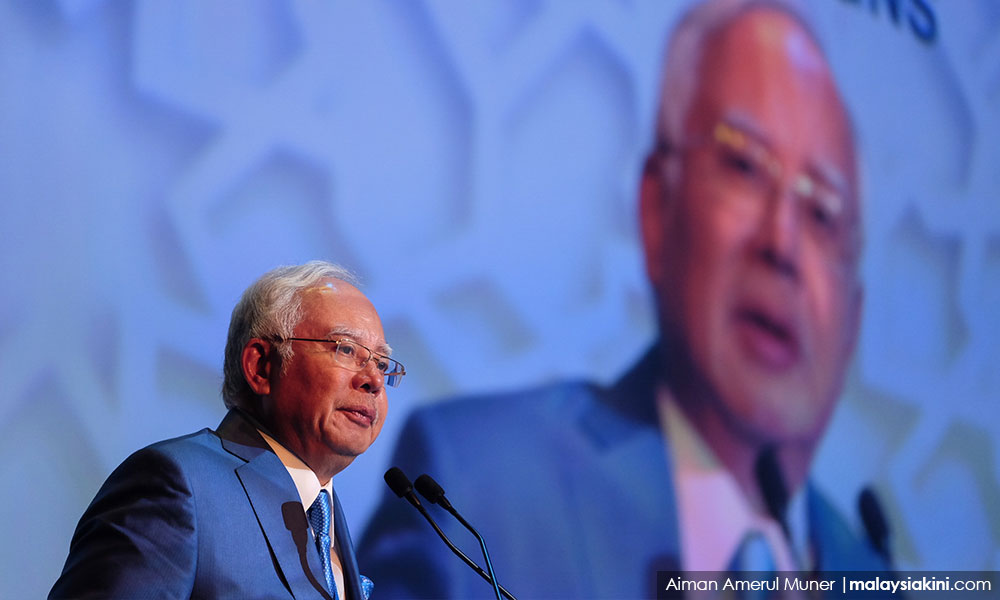 Another five years of Najib’s premiership will be the prelude to perdition, as he seeks to hide what can no longer be camouflaged: nation-debilitating larceny on a stupendous scale.
Though he has denied wrongdoing, it rings hollow. In the main, he is believed only by people in whose interest it pays to abide his denials.
Even if he is a risky alternative, at 92, Mahathir can only have a limited turn as pilot of the ship of state, should the opposition Pakatan Harapan win the next general election (GE14).
If his turn at the stern is to be nasty and brutish, as detention under the Internal Security Act was, it will almost certainly be short.
A nonagenarian, even one of Mahathir’s formidable spirit and longevity, cannot hope to last long in the pressured role as Prime Minister.
Actually, the Harapan of PKR, DAP and Amanah should contrive to use Mahathir for its purposes more than he is wont use to others for his covert ends.
Their use of each other illustrates Charles de Gaulle’s dictum that in politics, there are no permanent friends or permanent enemies; only interests are permanent.
A Buku Jingga-like manifesto for Harapan and a Harapan leaders’ declaration pledging consensus on major issues as the coalition’s mandatory modus operandi would tilt the balance against deviation.
It’s a wiser, viable and more likely winning strategy than getting a man of Machiavellian craft to do something that goes against the grain of his persona.
TERENCE NETTO has been a journalist for more than four decades. A sobering discovery has been that those who protest the loudest tend to replicate the faults they revile in others.