Malcolm Turnbull fined $250 for not wearing a lifejacket 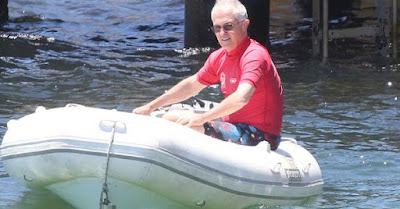 Malcolm Turnbull fined $250 for not wearing a lifejacket on Sydney Harbour
The prime minister said he was only moving his dinghy 20m near his harbourside mansion, but admitted it was ‘lesson learned’ on water safety 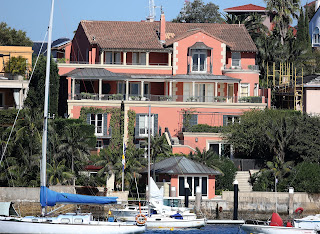 Malcolm Turnbull has been fined $250 for not wearing a lifejacket while steering his inflatable dinghy near his Point Piper mansion on Sydney Harbour.
The prime minister was photographed at the helm of the motorised dinghy by the Australian newspaper on Wednesday. He was wearing a red rashvest but no lifejacket, a breach of New South Wales maritime regulations.
Turnbull said he was only moving the boat 20m between a jetty and the beach next to the house he shares with his wife Lucy while at home over Christmas.
After reports accompanying the photograph noted his breach of regulations, Turnbull said in a Facebook post the first he had learned of the rule was when he called Maritime Services.
“The rules can often seem very technical, but they are there to keep us safe and we should all comply with them,” he said.
“So lesson learned; I will make sure I always wear a life jacket in my dinghy regardless of how close I am to the shore, just as I always do on my kayak.”
Maritime Services investigated the incident and on Friday delivered a $250 fine. A spokesman for Turnbull said the fine would be paid.
Angus Mitchell, executive director of NSW Maritime, said the incident was a “timely reminder” of the need for safety on the water.
“We want to ensure everyone enjoys their break and gets home safely this summer so please, wear a lifejacket and take care on our waterways,” he said.