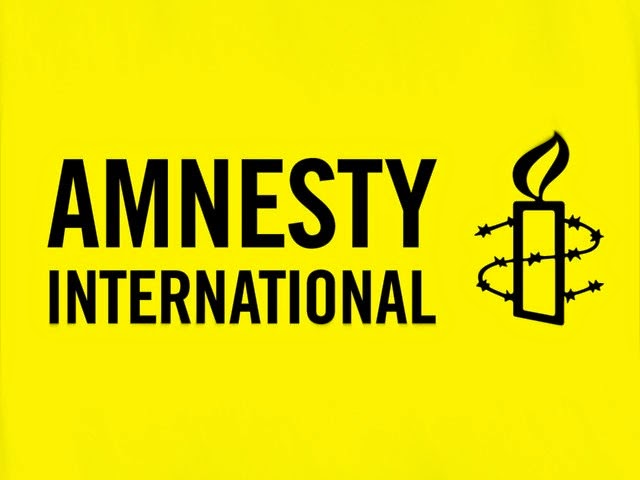 The trial of opposition parliamentarian
Lim Guan Eng:
an update

With the verdict on the trial of Malaysian parliamentarian Lim Guan Engdue to be delivered shortly, Amnesty International reiterates its concern that Lim Guan Eng could face up to six years in jail and be disqualified from Parliament.

Lim Guan Eng, a member of parliament for Kota Melaka (Malacca) and Deputy Secretary General of the opposition Democratic Action Party (DAP), was charged in 1995 under the Sedition Act and the Printing Presses and Publications Act . His trial opened in January 1996 and concluded on 28 February 1997 at the Malacca High Court. Judge Datuk Mohd Noor Abdullah is expected to deliver his judgement on 28 April 1997.

Members of parliament who are jailed for a year, or who are fined more than RM2,000 (approximately US$780), automatically forfeit their parliamentary seats. In addition to Amnesty Internationals concern that Lim Guan Eng could be imprisoned, the organisation is also concerned that, if he is convicted, Lim Guan Engs constituents will be denied their elected representative simply because he spoke out on their behalf.

This is not the first time that Lim Guan Eng has faced imprisonment for the peaceful expression of his opinion. Along with his father, DAP leader Lim Kit Siang, he was detained without charge or trial under the Internal Security Act (ISA) from 1987 till 1989.

Malaysian police arrested and charged Lim Guan Eng after he publicly criticized the government's handling of allegations of statutory rape against the former Chief Minister of Malacca, Tan Sri Abdul Rahim Tamby Chik in 1994. In January 1995 Lim Guan Eng stated that 'double standards' were being applied in the statutory rape case. Attorney General Mohtar Abdullah had decided not to prosecute Rahim Tamby Chik, while the underaged alleged victim, a fifteen-year old Muslim schoolgirl, was placed under 'protective custody'.

On 28 February 1995 Lim Guan Eng was accused under Section 4(1) (b) of the Sedition Act of prompting 'disaffection with the administration of justice in Malaysia'. If found guilty he faces up to three years in jail, a RM5,000 (approximately US$1,960) fine or both. In addition, on 17 March 1995 Lim Guan Eng was charged under Section 8A (1) of the Printing Presses and Publications Act for 'maliciously printing' a pamphlet containing allegedly 'false information' specifically because he had used the term 'imprisoned victim' in reference to the alleged rape victim. This charge carries a jail term of three years, a fine not exceeding RM20,000 (approximately US$7,894) or both.

Lim Guan Eng's trial was lengthy in part because of legal deliberations over the standard of proof required in this and other criminal cases. His trial was suspended in March 1996 pending a general ruling, delivered by the Federal Court in July 1996, that the standard of proof required at the end of a prosecution's case, and before an accused is required to make his/her defence, was that of "beyond reasonable doubt" and not the previously upheld standard of "prima facie"- on the face of things - evidence.

However following the Federal Court's ruling Judge Datuk Mohd Noor Abdullah ruled that the prosecution had in fact proved both charges against Lim Guan Eng "beyond reasonable doubt" and that the defence had a case to answer. Regarding Lim Guan Eng's allegedly seditious verbal statements the judge ruled that the report of a single junior police officer, unsupported by an audio recording, constituted sufficient evidence to proceed. Regarding the charges of printing 'false information' the judge ruled that the prosecution had proved beyond reasonable doubt evidence suggesting that the phrase
'imprisoned victim' was false - apparently ignoring assertions that the statutory rape victim had been detained by police for ten days without parental consent.

Lim Guan Eng's statements in early 1995 reflected widespread public disquiet over the handling of the statutory rape case, and the fact that the victim and not the alleged perpetrator appeared to have been punished. Before Lim made his statements local newspapers and women's groups openly criticized Attorney General Mohtar Abdullah's public disclosure, in apparent violation of the Evidence Act, of the victim's sexual history when he announced in October 1994 that charges would not be pursued against Rahim Tamby Chik due to 'insufficient evidence'[1].

Criticism focused on the fact that the police appeared to have detained the girl for ten days before gaining her father's permission to place her in 'protective custody' in a home for 'wayward' girls for a period of three years. In November 1994 the daughter of Prime Minister Mahathir Mohamad, Marina Mahathir, described the authorities' treatment of the girl as appearing to be a 'mockery of justice' in comments published in an article.

Unresolved concerns over the Attorney Generals' handling of statutory rape case were rekindled during Lim Guan Eng's trial when the victim confirmed that she had indeed had a sexual relationship with Rahim Tamby Chik. It remained unclear why, whilst in police custody, the girl lodged police reports against other men with whom she admitted having a sexual relationship, but did not lodge a report against Rahim Tamby Chik - who was not charged or detained as is the usual practice in statutory rape cases. The other men involved, who admitted guilt, were brought to court and bound over for good behaviour.

Dissent and the use of restrictive legislation

The government continues to use an array of restrictive legislation, including the Sedition Act, the Printing Presses and Publications Act and the Internal Security Act (which allows for indefinite detention without charge or trial) for political purposes which far exceed the primary justifications put forward by their colonial originators - namely that these Acts served to preserve security and social stability at times of national emergency.

Although the UMNO-led ruling coalition maintains an overwhelming parliamentary majority and remains politically secure Prime Minister Mahathir's government asserts that Malaysias rapid economic growth and its racial and religious harmony can only be safeguarded if the government continues to uphold an authoritarian stance towards dissenting opinion. Prime Minister Mahathir is also an advocate of so-called 'Asian values' that stress respect for authority, and the rights of the community above those of the individual.

Efforts by opposition politicians to carry out their duty to publicly question government actions, as well as attempts by Malaysian non-governmental organisations (NGOs) to comment on 'sensitive' social issues, risk the arbitrary exercise of Executive power - including prosecution and threats of imprisonment.

The sedition charges against Lim Guan Eng, apart from being an apparent move to silence a leading critic, appear to be part of an established government strategy of selectively using repressive laws in prominent cases to engender a wider public reluctance to criticize the authorities. A similar intimidatory stance was reflected in December 1996 when the government threatened to use the ISA against those seeking to organise an NGO forum to discuss alleged abuses of police powers. Threatened with detention without charge or trial, the organizers suspended the forum indefinitely.

Members of the government and ruling coalition have also publicly criticised those regarded as dissenters after questioning their patriotism. In December 1996 Prime Minister Mahathir accused some Malaysian NGOs of acting in collaboration with foreigners to undermine the countrys international reputation and described them as 'traitors' and 'leftists'. Similarly in November 1996 in a parliamentary speech a senior UMNO parliamentarian accused Lim Guan Eng of being a 'traitor' because he had allegedly referred his case to the Geneva-based Inter-Parliamentary Union (IPU) thereby 'damaging Malaysias international image'.

Within this context Amnesty International is concerned that Lim Guan Eng will once again be imprisoned and that he will lose his parliamentary seat.