Sirul Azhar Umar : No more smiles, no more freedom, no more of the good life, no more the company of those that he loves, no money, no hope and no future...none that he could talk about!

Sirul in happier times on the Gold Coast when he had already been acquitted of a murder most foul. He had money in his pockets - other people's money but it was his to use and spend. This was a time when he could come and go as he likes, where he likes and when he likes. This was a time when the good times roll and the recent past is just a distant memory...and there was hope on the horizon that life, could once again, be good.

What two years in detention does to you... 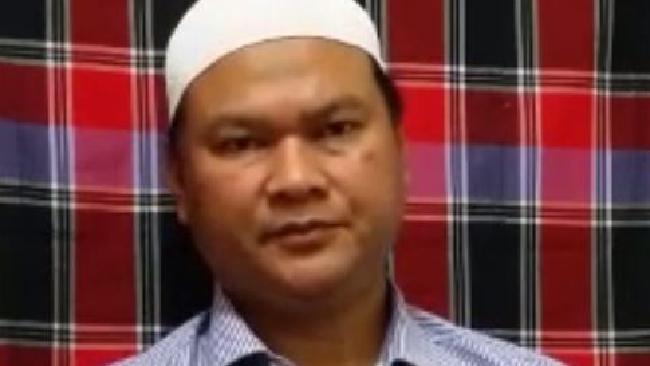 No more smiles, no more freedom, no more of the good life, no more the company of those that he loves, no money, no hope and no future....none that he could talk about. There is  only bitterness, frustration and the loneliness of a life that only those who have spent life behind bars will know...and all that for doing something he thought was "halal"....that he thought was just another one of those "intelligence operations" he had been trained to do....another one of those "tembak menembak" ops that he and those in UTK are too familiar with.

And what of his son who will be an adult come April next year - Azam who will turn eighteen - who is also in Australia? We will talk about him another day....at a time when the need for us to know overcomes the need to keep quiet about the deeds that others do.


As you sit down for your morning breakfast think for a moment of Sirul in the Villawood Detention Centre and of his son in Canberra....they are both in need of our prayers. Pray that Sirul will have the conviction and the courage to tell the truth when the time comes for him to do so....and pray that his son can understand that life, for him and others like him, will always be hard and difficult until he realises that nobody owes him a living.....that he has to go out and make a life for himself.