Auditing firm faces ruin as its reputation lies in tatters 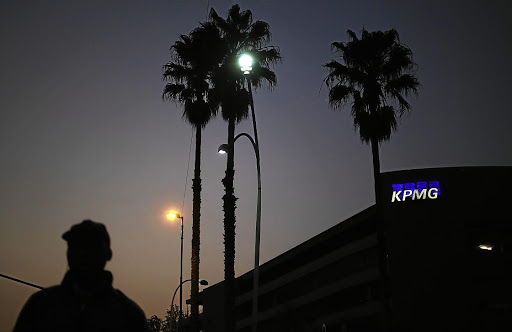 As controversy dogs KPMG SA, more of South Africa's biggest companies are reviewing their relationship with the firm. Image: Alon Skuy
Auditing firm KPMG SA's reputation is in tatters and it faces ruin as another two major clients ditch it.
On Tuesday financial services company Sasfin and investment company Hulisani announced plans to drop KPMG because of reputational risks. Sygnia Asset Management had fired it earlier.
Six companies have terminated their KPMG contracts in the past two months.
David Everatt, head of the Wits School of Governance, said he hoped what was happening to KPMG would be fatal.
"That's because they are claiming accountability now only because they were caught with their hand in the cookie jar.
"It's not because they had a sudden change of heart that they suddenly came forward. If they were not caught there would not be this pseudo-accountability."

SACP calls for KPMG to be held accountable

The South African Communist Party says auditing firm KPMG must be held accountable for its role in the so-called SARS "rogue unit" debacle.
POLITICS
9 days ago
The SA Revenue Service is pushing to have the firm blacklisted from all government business. KPMG also faces being called to account in parliament after it sensationally disavowed the "rogue unit" report it authored for the tax authority.
It is likely that all state entities will review their contracts with the firm.
Corporate heavyweights Investec, Standard Bank, Old Mutual, Growthpoint Properties, Sibanye Stillwater and Absa are all considering ending their relationship with KPMG.
Parliament's standing committee on public accounts (Scopa) has summonsed KPMG representatives to appear before it.
The standing committee on finance announced that it had asked the Independent Regulatory Board for Auditors to update it on the board's investigation of KPMG's audit of the Guptas' Linkway Trading.
Linkway Trading was allegedly used to funnel R30-million of taxpayers' money, ostensibly intended for poor Free State farmers, into paying for a Gupta family wedding at Sun City.
Everatt said it would be difficult for KPMG to bounce back because everything it had done for the government was now being questioned.

DA to lay charges against McKinsey over Gupta dealings

Charges of fraud‚ racketeering and collusion are to be laid against international consultancy firm McKinsey in connection with their facilitation of ...
POLITICS
9 days ago
He said a big problem in trying to ensure probity in the auditing sector was that it tended to survive regardless of scandal because the big firms were no longer simply auditors. They are now also project managers and deliver business services, and have positioned themselves as indispensable, especially to governments.
He said the KPMG scandal had come to light "not because of government intervention, but because South Africans are gatvol of corruption. Our big hope now is that the external players, such as the authorities in the US, where these companies are headquartered, bring them to heel.
"It's important that it was not just the new KPMG executives who were summonsed to parliament, but also those who signed off on the reports and the former top management.
"For too long these big corporations have marched into countries thinking they are the masters of the earth and can get away with anything. Now they are held to account. "KPMG must be forced, at least, to tell South Africa where the Saxonwold Shebeen is located."

Firm's announcement has 'potentially catastrophic repercussions' for SA
NEWS
9 days ago
Hlengiwe Zondo-Kabini, of the corporate governance law firm Fasken Martineau, said that what KPMG had done went straight to the heart of corporate governance.
"Their executives' actions point to a failing in their fiduciary duties. What we see is a complete lapse of judgment, which compromised their fiduciary responsibilities."
She said that although at first KPMG's firing of its top executives was regarded as satisfactory, because it had been thought that only the firm's auditing section had been guilty of poor corporate governance, it was now clear that other KPMG sections had been culpable, including advisory services.
"It's clear KPMG's integrity is severely affected. The firings are not sufficient."
She said professional firms existed purely on integrity.
"KPMG's entire operations and management must be reviewed. The Independent Regulatory Board for Auditors must take South Africans into its confidence about its views on KPMG, which is at risk of losing its operating licence."
Posted by STEADYAKU47 at Friday, September 29, 2017