Najib: US visit proof Malaysia on verge of success

KUALA LUMPUR, Sept 25 — Malaysia’s recent Washington trip is proof that the country is on the verge of becoming a successful nation, Prime Minister Datuk Seri Najib Razak said today.
He said the invite from US President Donald Trump was because of Malaysia having one of the most competitive economies in the world.
“Looking at the indicators we can be recognised as a great country. Our growth rate is remarkable.
“That is why when I was invited by Trump to White House, I went there to represent a successful country. I didn’t go there to beg or ask for a loan,” Najib said during an engagement session with Telekom Malaysia Berhad’s (TM) staff today.

How did Malaysian respond to this? 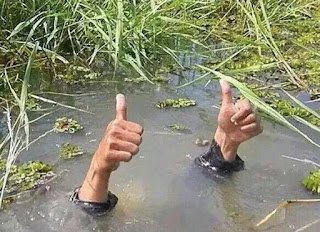 
How did those Bumiputra Traders in Mara Digital respond to this?

CYBERJAYA, Sept 26 (Bernama) -- The Inland Revenue Board (IRB) has denied allegations that enforcement was being conducted to undermine the financial resources of certain political groups.

How did these political parties
respond to this?

Email ThisBlogThis!Share to TwitterShare to FacebookShare to Pinterest
Labels: thumbs up!