Pandas will leave Adelaide Zoo in debt for a decade 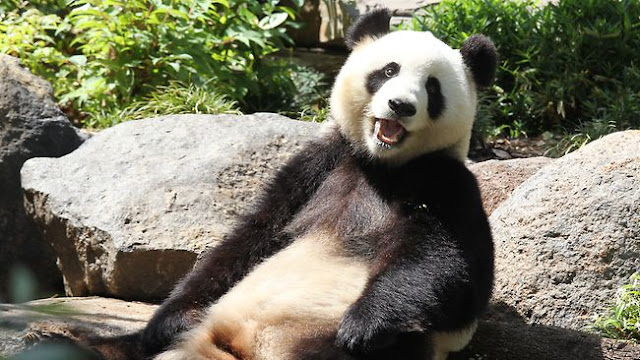 
ADELAIDE Zoo has a giant panda debt it will be paying off for a decade, the non-profit conservation charity says.
On the first anniversary of the pandas' Adelaide debut, Zoos SA chief executive Dr Chris West said the zoo was "not floating on a sea of panda dollars" and borrowed $6.7 million to turn the dream into reality, reported AdelaideNow.
"We are a charity, bringing very significant tourism revenue into South Australia but we are not loaded ourselves," he said.

"We are stretched - against a balanced business plan - and will be repaying the bank for a while. The time-frame for paying off the panda debt depends on several factors including visitation, other revenue and panda babies, but at the current rate it looks like it will be closer to 10 years than to five."

Giant pandas Wang Wang and Funi are on loan from the Chinese Government for 10 years.

The Federal Government is paying $1 million each year to the Chinese Government for the international breeding program that aims to save the critically endangered species.
A further $5 million promised in the lead-up to the 2007 Federal Election by then Foreign Affairs Minister Alexander Downer, never arrived because Labor won.

The State Government invested $18.9 million in the new entrance and fence, including a conference centre, but the zoo was left to find the $8 million for the panda exhibit from sponsors, donors and a bank loan.

The pandas have been a major drawcard for the zoo, pushing up the number of visitors by 70 per cent from 349,000 visitors a year to 595,000 in the first panda year.

Zoo membership has grown 25per cent to 32,500. More than 30 per cent of visitors came from interstate or overseas, most commonly from Victoria, NSW, Queensland, Western Australia and Europe.

Dr West said that's 180,000 people a year, bringing an estimated $192 million dollars to the state.
Tourism Minister John Rau agreed pandas were driving a "healthy rise in visitors from outside SA who have been spending money in our state".

"With only a handful of international zoos currently exhibiting this species, they are a real drawcard for South Australia and provide benefits for hotels, shops, restaurants and other tourist attractions," he said.