“The important thing is the jiwa.” You don’t have to have a common language, if you have the same jiwa (heart, spirit, passion, devotion). This is what we don’t have right now....


The view of a true Malaysian 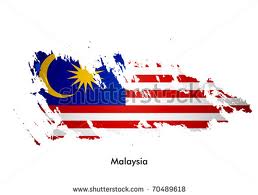 I READ THIS AT :HTTP://NKLPUNYA.BLOGSPOT.COM/ AND THOUGHT WE SHOULD GET AS MANY OF US TO READ THIS....A GOOD READ...


Can This Be A View of 1Malaysia!?

The view of a true Malaysian

Received this email from a good friend and the content is the view of this prominent person who has hold numerous significant postions in the government, has taken me deeply.
I would like to share his view over here and for us to ponder about, hopefully something better, even how small it is, conciously or unconciously can be done.

Dominating role not healthy for nation, I think we are farther apart now than we were in 1969. But you have to remember that I grew up going to an English school, to a university where there were people of all races. At that time, although we did think in terms of race, it wasn’t in the way people do now. We felt that we were Malayans. We socialised much better than we do now.

We wanted Malay participation at all levels of economic activity. We wanted to uplift the Malays without reducing the position of the others.. - “eradicating poverty regardless of race”. And this was supposed to be in a situation of growth. Not just sharing the existing cake, but the cake must grow, so that these people also have the opportunity to grow.

At the same time, we also hoped that the Malays would grow a little faster. So, they set this target of 30 per cent equity in 20 years. I was not much in favour of that because I didn’t think it was achievable. I felt that participation was more important than wealth.

You must differentiate between dominance and domination. As Tun Dr Ismail said,
“We want to be dominant, but we don’t want to dominate.”
Dominant in the sense that we wanted the Malays to be everywhere; but not to dominate all the others. But we seem to be dominating; and I don’t think that’s healthy for the nation. It’s not about taking your share and not caring about the rest.