Some will die. ….THE AUDACITY OF HOPE! 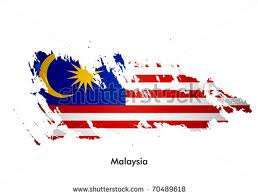 Hope is not all that we have.
We have Anwar. We have Karpal, Kit Siang. Guan Eng, Hadi,Tok Guru….we have many that will be with us in our fight against the people that continue to destroy the very foundations of our country through their greed, their inability to put country before self and in their quest to stay in power. Make no mistakes this is a war. It is the Rakyat that will fight this war. It is the Rakyat that will be in the front line. Pakatan Rakyat will be with us.
Many will have themselves physically bashed and hammered by the authorities in demonstrations and confrontations with the powers that be. Many will be unfairly prosecuted by courts staffed by a Judiciary and an Attorney General  that takes instructions from their political masters. Many will have their livelihood taken from them and their many years of hard work and sacrifice gone because they chose to be with us and many will find the going impossible. Some will be incarcerated. Some will die. ….
The days of pretending that UMNO will allow the democratic process to run its course is over. What has Najib to say to those parents whose children have died while in PDRM’s custody and to Kugan, Aminulrasyid, Sarbani, and Teoh Beng Hock’s parents as to why they too have died like animals?
Why do Malaysian continue to be beaten senseless by the authorities?  Not for criminal acts but for their beliefs? We are waiting for the time when the Army will be called upon to unleash their weapons when the PDRM are done with their excesses. Like they have done in the May 13 of 1969…and please do not say that they did so in order to go after the Chinese and the Indians. On 19th November 1985 the then Home Minister, Musa Hitam sent in 200 Policemen into a Malay kampong in Memali near Baling Kedah – killing 14 Malay villages and arresting thirty-six under the ISA. UMNO does not tolerate anybody that stands in their way. Race is not a consideration.
In the past there has always been more then enough in the war chest for UMNO to fight their wars at elections and by-elections and still keep enough for their own greed. Now times are not so good. They have to make a choice – take for themselves or spend for UMNO? Remember the choice – take for themselves or spend for UMNO – never the country. Even if a war chest is to be found their goals are unclear. There is little clarity in what they want to do, what they have to do and what they should do. Is taking the high moral ground now the thing to do so that hopefully that could win them the war in the long run? Is the war even winnable for UMNO?
The real question is whether the war against its own Rakyat, against Pakatan Rakyat can be won with money alone? I can tell them that the answer is “NO!” But for UMNO facing the truth is impossible because they lack the ability to think through any given situation without political opportunism being uppermost in their mind. The factions within UMNO are circling each other like sharks in a feeding frenzy....only  this time they will be feeding upon each other.

The appalling corrupt practices of our Barisan leaders are no longer a state secret. That Mahathir, Pak Lah and Najib presided over one of the most corrupt government in Asia is a fait accompali – recognized and acknowledged by its own leaders who no longer hesitatingly raise their hands to say “we are guilty” -  but like school kids caught with their hands in the cookie jars they do proclaim to all that would listen to them “WE ARE GULTY OF MONEY POLITICS”….and yet they still rule over us?
Are we too forgiving a nation? Have not the Barisan Government failed those who trusted them and those who are vulnerable to their excesses? Disgracefully the Judiciary and almost all the instruments of state are not there to protect these BN thieves!
So what should we do now? Every check and balance procedure to maintain a level playing field are stacked against us, against Pakatan Rakyat. The election commission is stacked against Pakatan Rakyat. All meaningful access to the national media is denied. Barisan turns a blind eye to PKFZ, to Bakun to NFC to anything they chose to turn a blind eye to…and where they cannot turn a blind eye they close one eye and shut the other! The odds are greatly against us.
And yet there is hope!
Until the last election it looked impossible that Pakatan Rakyat would ever gain a foothold in Malaysia Politics. That the rule of law, good governance and the welfare of its people can take precedence over the rape and pillage of our country.
But suddenly the impossible happened.
Not only did it take a foothold but over 50% of the people voted for Pakatan Rakyat. This is not an acknowledgement that Pakatan Rakyat had something to offer the people of Malaysia because at the 12th general electiion Pakatan Rakyat offered nothing.It was simply a resounding announcement by the people to Barisan Nasional that its days of greed, deceit and unbridled arrogance in thinking that our country is theirs to do as they like - is over.
Now UMNO grows nervous. They hide behind bombastic threats: “If there are people out there who are a threat to security, I will fill Kamunting to the brim,” Behind irrelevant slogans “1Malaysia” and behind vague promises of Transformation Programs and “Ketuanan Melayu” in ther relentless attempts to divide and rule the Rakyat.
We must fight the good fight. Each and every day we must erode whatever support and whatever strength Barisan might still have.
The Rakyat deserves the truth. Our country is on the brink of a brand new beginning. Are we to stay in that black hole of greed, corruption and self-interest or do we go with the promise of Pakatan Rakyat who would be our brave architects for a better future? We the Rakyat must go to war now, battle with these unworthy opponents from Barisan Nasional for we would not want to settle for anything less that what is possible with Pakatan Rakyat. ABU!