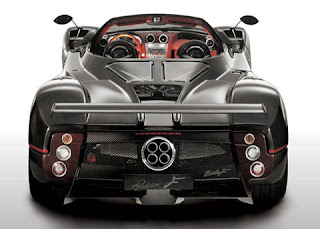 Who are these people that takes hundreds and hundreds of million of ringgits of the Rakyat’s money and make it their own? Who exactly is making that decision to allow them to do so? Is it Parliament? Cabinet? Or is it the Prime Minister himself? What allows these greedy money grabbing ‘businessman” to have access to their ill gotten gains? If you all read what I write then you may have seen the posting I did of Antares “Mahathir's Dodo Dynasty” – an amazing display of Mukriz wealth. You all must wonder where did he get all that money from?

For a start having Mahathir as your Father helps…it helps a lot. Hell I would even venture to say that that was the only reason why he is insanely rich! In Malaysia we have this disease call the Entitlement Syndrome. It is a mental illness common amongst UMNO Political so-call Elites and their cronies. Those little people in UMNO (from AJK Cawangan to the Ketua Bahagians have it too – but we want to talk about the so-call elites here – not the ikan bilis!)

Not to be confused with the other disease GREED.

This illness is a cancer common amongst the children of Former Prime Minsters of Malaysia and all those that consider themselves part of  Barisan Nasional  “elites” – their cronies and hanger ons. They are addicted to fame but mostly to   fortune. Because they have not been brought up to understand responsibility as children they feel themselves entitled to not only what they need but also to what they want. Their hunger for material things is insatiable.

Their only source of Funds : The Rakyat’s money.

Confused thinking: Genuinely believes that UMNO
speaks for all Malaysians and that UMNO knows
best.

Long-lasting sadness or irritability due to not
getting enough ‘mega’ projek.

Extreme highs and lows in mood during any by-elections
– especially when they cannot ‘buy’ the elections.

Excessive fear, worry, or anxiety that Pakatan
Rakyat will win the next GE before he or she gets a
mega Projek.

Dramatic changes in eating or sleeping habits
during any General Elections.

Strong feelings of anger towards Pakatan Rakyat
and anybody who is not “orang kita”.

Delusions of Grandeur or hallucinations (seeing or
hearing things that are not really there) – believes
in Ketuanan Melayu.

Increasing inability to cope with daily problems
and activities at home because he is occupied
with “Keadaan Negara – i.e. plundering
and pillaging National resources”, threatened
exposure of his ‘raba raba activities’, extra
marital activities in Port Dickson etc.

Denial of obvious problems. Believes Najib is not
Involve with Altantuya – after all he has already
sworn on the Koran that he is innocent.

Many unexplained physical problems e.g. the
need to brandish a Keris in front of crowds.

Frequent temper tantrums when in the presence
of PAS, DAP or PKR members.