Alamak malu lah...what they write about our PM and Rosmah! Ms Rosmah has repeatedly been criticised for her love of the good things in life while Najib is engulfed in a multi-million dollar scandal. 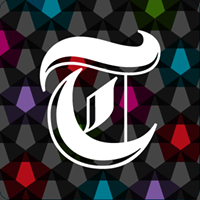 David Cameron might have hoped that his few final hours in Malaysia at the end of a four-day, four-state whirlwind trade tour of South East Asia would have been the chance to start winding down before heading home.

Instead, he finds himself flying in to a deepening controversy on Thursday as a multi-million dollar scandal engulfs his host Najib Razak, the prime minister of the former British colony.
Nor is it just Mr Najib who is under attack from his foes in Malaysia amid allegations that he ended up with $700 million in his personal accounts from a state investment bank that he founded.

The Malaysian leader’s wife Rosmah Mansor has been derided for her alleged penchant for luxury and free-spending ways – claims that her husband has dismissed as political assaults.

And Riza Aziz, her son from her first marriage and Mr Najib’s step-son, is also a staple in the gossip as well as financial pages.

He has emerged as a major Hollywood film producer with multi-million property deals in Manhattan and Los Angeles since becoming close friends with a Malaysian playboy investor during their education in London.

So who is Najib Razak?
He’s the 61-year-old scion of Malaysian political royalty with UMNO, the Malay nationalist party that has ruled the country since independence from Britain in 1957. His father was the country’s second prime minister and his uncle its third. Mr Najib inherited his late father’s seat as an MP at 23 and later rose through the party ranks as chief minister of his home state and the serving in the Cabinet portfolios of education, defence and finance as well as deputy prime minister.

It is an impressively lifelong dedication to public service that has coincided with his family becoming one of the country’s richest. His personal profile was low until he married his second wife in 1987.

And Rosmah Mansor?
Ms Rosmah has repeatedly been criticised for her love of the good things in life. Earlier this year, she said she was the victim of “wildly exaggerated” allegations, published by the Sydney Morning Herald, describing her the “first lady of shopping” after reports that she had spent $75,000 on a single trip to a designer boutique.

She was also widely assailed for a reported claim that she lamented about having to pay $300 for a house call by hair stylist. And series of photos showing her holding at least nine Birkin handbags – items that normally sell for between $10,000 and $150,000 each - went viral on social media.

And she has denied allegations that she ever intended to buy a diamond ring worth $24 million that was shipped under her name to Malaysia in 2011 but then returned to the US jeweller. Mr Najib also went public to deny that that his wife bought the diamond ring for his Kazakh in-laws or that they had any links to the “Russian mafia”, as a regional media outlet had claimed.

And the Hollywood connection?
Riza Aziz, his British-educated step-son, has emerged in the film business as a major Hollywood player with his production company Red Granite Pictures (most notably with The Wolf Of Wall Street blockbuster).

He has also made the headlines in the US over complex property deals reportedly conducted with Jho Low, a Malaysian financier whom he met while studying at the London School of Economics and who became famous for sharing jeroboams of champagne with the likes of Paris Hilton.

As the New York Times documented, Mr Low began making some very expensive property deals in the United States in 2010. Those deals included acquiring a $24 million apartment in Manhattan that three years later was sold to a shell company controlled by Mr Aziz for a reported $33 million, according to the newspaper.

A similar transaction was playing out on the West Coast, the investigation continued. “Mr Low bought a contemporary mansion in Beverly Hills for $17.5 million, then turned around and sold it, once again to the prime minister’s stepson.”

And what about 1MDB?
That is the state investment fund that Mr Low encouraged Mr Najib to found and oversee. He helped channel Arab investment into a series of deals with the Malaysian government.

And how’s that going?
1MDB has reported debts of $11 billion. And $700 million of its funds allegedly ended up in Mr Najib’s personal accounts, according to a Wall Street Journal investigation that has been widely reported elsewhere. Mr Najib has consistently denied any wrongdoing or making any financial benefit from the operations of 1MDB.

This week, he sacked his deputy prime minister for breaking ground and saying publicly that the scandal was damaging their party He also replaced his attorney-general who was overseeing the investigation into the allegations.

So why does the family seem to be doing so well financially?
Mr Najib’s office, in a statement, told the New York Times that the prime minister does not track how much Mr Aziz earns or how such earnings are reinvested. As for the prime minister himself, the statement said he had “received inheritance”.

It noted that the family’s lifestyle was not unusual for a person of the "prime minister's position, responsibilities and legacy (of) family assets".

No allegations of wrongdoing have been confirmed against Mr Najib. But it is not the first time that he has been the subject of intense questions about his finances as political opponents have previously focussed on a long-running bribery inquiry in France involving a submarine order that Mr Najib commissioned while he served as defence minister.

Didn’t Mr Cameron just speak out on corruption during his Asian tour?
He did indeed, during a speech in Singapore on Tuesday delivered just a few hours after Mr Najib purged his government ranks of officials raising questions about the 1MDB scandal.

The British prime minister warned that foreign fraudsters and corrupt officials can no longer “stash dodgy cash” in London’s luxury property market as he announced a major review of ownership rules.

He said that the international community has “looked the other way for far too long” when it comes to corruption“, which he called “one of the greatest enemies of progress in our time.
He continued: “We simply cannot afford to side-step this issue or make excuses for corruption any more. We need to step up and tackle it."

So will he be “side-stepping” such allegations in Kuala Lumpur on Thursday?
Malaysian opposition MPs have urged the British prime minister to use his visit to press Mr Najib on the allegations, warning that otherwise the trip would appear to be a vote of support for the beleaguered leader. Privately, one senior opposition figure told The Telegraph that the timing of the visit was “nuts” and “boggled the mind”.

But this tour is all about the realpolitik of international trade for Mr Cameron. He is visiting Malaysia to try and drum up British business deals and secure Malaysian co-operation in security measures to combat Islamic radicals. And he knows he won’t get far with that if he embarrasses his host, however embattled he may be.